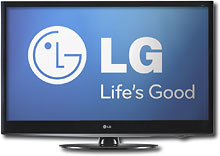 LG has given me several interesting models of television to consider over the last few months, and as such, it’s always kind of interesting to talk about them.  Today’s review target, the LG 42LH30UA, is about what you’d expect from the LG lineup–nothing terribly fancy, but nothing really lacking, either.

So you can see it’s not really a top of the line model–it’s entirely too short on ports for that–but it’s a fairly solid model that comes with plenty of solid equipment on its side.  And the price isn’t even that bad either–it retails for six hundred fifty bucks at Best Buy.  All things considered, the LG 42LH30UA a pretty good buy, though you can do better.