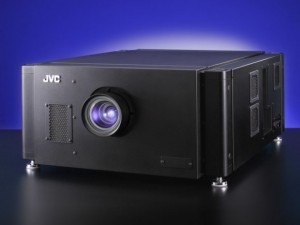 This JVC projector is powered by a 330W lamp that renders up to 5,000 lumens. With its Digital Direct Drive Image Light Amplifier, this projector can reportedly display 2 to 4 screens in WUXGA and full HD resolution simultaneously. These JVC DLA-SH7NL video projectors are expected to hit the market by next month. No word on international availability.