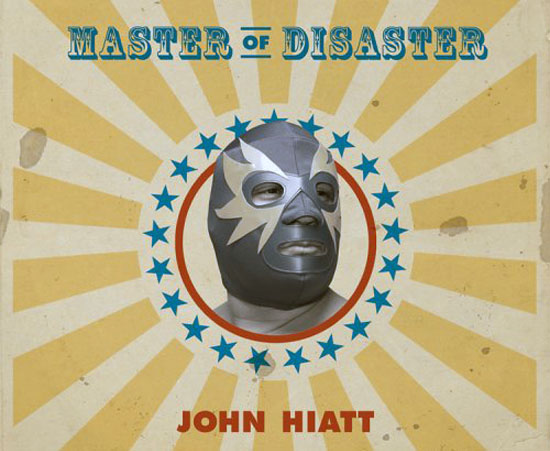 The new Master of Disaster album is a Single Inventory Super Audio CD release packaged in a Digipak case. The Surround Sound SACD disc serves as both the CD and SACD release, no separate Stereo CD only edition is planned. It is Hiatt’s second Surround Sound Super Audio CD release, following A&M’s prior release of his classic album Bring The Family (A&M B0000248-36) in 2003 which was issued later on in DVD-A form.

Apparently Hiatt experimented with an 8 Channel Sonoma in his home studio and liked the results so much he expressed interest in using a Sonoma in the Master of Disaster recording sessions. As it turned out, the 24 Channel Sonoma DSD Workstation was just coming on the market at that time so his recording team arranged to get their hands on one of the first Sonoma-24 Workstations available.

Hiatt was pleased with the final result. A sticker on the outside of the album quotes him as saying that

“It was the most incredible, honest sound quality and reproduction that I have ever heard doing a recording.”

“The exciting thing about it was this digital process that he brought in, this Sonoma thing (The Sonoma-24 Direct Stream Digital Recording and Editing System). I mean, I’ve been working pro-tools like everybody else and after you work pro-tools all day long, you feel like you have your head in a bucket and somebody’s hitting it with a hammer. This Sonoma System, it’s not like sound reproduction, it’s like being in the room with first generation audio. It is the best sound I ever heard. Not only for digital media, it makes analog sound silly.

It’s a process developed by Sony. It’s not a new thing. It’s what they used on all the super CDs – the Dylan reissues and The Stones, all that stuff. John has the system at home so he knows what it’s supposed to sound like. I got to add a lot of vintage gear upfront. You’re not just hearing the warmth of the tubes like you do in typical recording; you’re hearing the damn spark jump through the vacuum. I’ve never heard such detail in my life. The fewer microphones I used the better it sounded, it was remarkable! I was working with my favorite engineer (John Hampton) and we’d be sitting there after a ten-hour day and we’d still want to hear more. It was quite an experience.

When I talk about the album, I tend to talk about the damn Sonoma system too much but it really was such an audio experience that I can’t say too much about it. I’m not one of the people who rejected digital technology because the first time I heard it was 3M digital with Ry Cooder and it sounded great. Like when I did The Replacements, I did them digital and no one believes me. I’ve been working this format a long time. I recognize the depth of quality of analog but what people don’t discuss is – the good part of analog goes away. Analog tapes deteriorate really, really fast. The sound quality changes. That doesn’t happen with digital. What you get is what you keep.

If this Sonoma thing catches on, it will revolutionize the recording industry. I told John that bringing that Sonoma in put years on my life professionally.”

Album Production
Master of Disaster was produced by Jim Dickinson and recorded and mixed by John Hampton at Ardent Studio C in Memphis, Tennessee. The album’s Sonoma Operator and Digital Engineer was Curry Weber and the Sonoma Technical Assistant was Gus Skinas from the Super Audio Center in Boulder, Colorado. The disc was mastered by Doug Sax and Robert Hadley at the Mastering Lab in Ojai, CA. The Super Audio CD was replicated by Sony DADC at their Hybrid SACD replication line in Terre Haute, Indiana.

An Impressive Result
The results of Sonoma based recording session are impressive. Hiatt’s vocals are clear and vivid on the Surround Sound SACD. It’s a recording that delivers a “you are there” quality to Hiatt’s singing.

The album also does a nice job of revealing the detail of the guitar playing and the sax and other solos by the band. Fans of Hiatt and his roots rock and blues material will enjoy this one.

Availability
John Hiatt’s Master of Disaster is available starting today at music stores including Best Buy and Tower Records. It is also available for purchase from the Acoustic Sounds, CD Universe, Amazon.Com and Miles of Music.Com web sites. 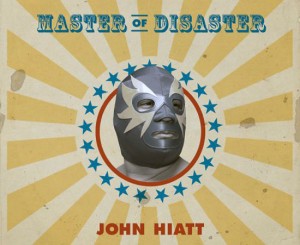