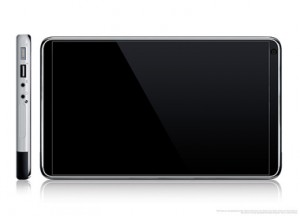 Well folks, if you were thinking about getting your favorite movies streamed to the newest Apple product, the iPad, then you’ll be in for at the very least a bit of a wait.

“It’s not a huge priority for us because we’re so focused on the larger screens,” Hastings said. “Until we get our TV ubiquity and our Blu-ray ubiquity and we’re getting close on video game ubiquity, then we would next turn to the small screen. So it’s something we will get around to, but it’s not in the near term.”

This is, frankly, fair enough if not exactly the best move.  Netflix is taking priorities one at a time, and their current priority is to be master of the home theater universe.  It’s small surprise they’re not necessarily willing to compete with Hulu and Vudu and YouTube and all the rest by going after mobile markets just yet, especially when they’re already threatened by Blockbuster and Redbox, and even in Blockbuster’s weakened state, that’s no small threat.

So look for Netflix soon, iPad users, but not REAL soon.