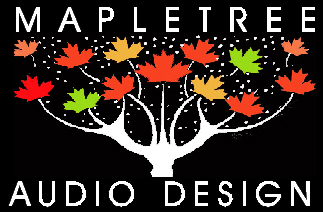 HFR – Dr. Peppard, how long has Mapletree Audio been in existence and how did it start?

Dr.LP – I guess it really started back in the late ’50s when as a teenager I started designing and building my own audio gear. But I only got into the actual marketing of my designs under the name Mapletree Audio Design in 2001 with the Octal 6 preamp. In the ensuing 6 years I have made over 400 units of the various models including kits, which are currently a small part of the total.

HFR – What is your background in electronics, and how did you receive your education and or experience? 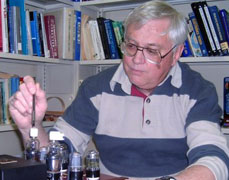 Dr.LP – I graduated in electrical engineering in 1966 and was employed by Westinghouse in industrial design, which had nothing to do with audio. I returned to the University of Alberta and obtained the Ph.D. degree in 1971 specializing in automatic control systems. My career as an academic has been at Queen’s University in Kingston where I am currently Professor Emeritus, having taken a (very) early retirement in 1995. In the last 15 years of my tenure at Queen’s, my research program was in digital, very large scale integrated circuits. Again, nothing to do with audio. So it was my basic education and interest as well as many years of teaching electronics to undergraduate and graduate students that provided my theoretical foundation for audio design. Interestingly, none of the courses I took back in the ’60s even mentioned vacuum tubes, but of course, analog circuit theory is the same whether you are using solid-state or thermionic devices. I did build my own solid-state preamps and power amps as a hobbyist back in the ’70s but always seemed to gravitate back to a couple of old McIntosh telephone line amps for music listening (these were the famous unity feedback designs using 6L6s and very conservatively rated at 10 W!).

HFR – Whose work did you admire in the audio or electronics field. Or should I say were there any designers whose work you respect or study?

Dr.LP – My design approach is heavily influenced by the old time writers and designers. They understood both the theoretical and practical issues involved and could communicate them with clarity, and even a bit of humor. I used to read everything I could find by Norman Crowhurst who contributed regularly to the audio literature of the day. His explanations of stability of negative feedback amplifiers for example, is exemplary. I also used H. A. Hartley’s Audio Design Handbook as a bible in the early days. Later, I paid attention to what David Hafler had to say about the practical issues of designing, manufacturing, and marketing real-world products including kits. My way of approaching design also evolved as a result of training as an engineer and experience as an engineering professor. A lot of “modern” designers can sometimes seem like “alchemists” in contrast to “chemical engineers”. That is not to say that there is anything wrong with a bit of audio alchemy given that no one seems to understand just what pleases the ear and why. Even modest priced solid-state amplifiers measure very close to the proverbial “straight wire with gain”. The fact that a lot of people would rather listen to something else tells you that all is not what is seems.

HFR –  Why do you choose octals over more standard tubes? From my recollection, you do not use any 9 pin mini’s in your designs?

Dr.LP – Most measurements I have seen show that octal types (e.g. 6SN7) are more linear than miniature alternatives (e.g. 12AU7). As Eric Barbour has written in Vacuum Tube Valley, tubes like the 6SN7, and its predecessors such as the 76, are the most linear amplifying devices ever conceived. Why not start with the best devices you can? I do use miniatures in the Ear+ Purist headphone amplifiers. The 12B4A is a readily available medium power triode which has no common octal equivalent. I use a 5751 driver which along with the 6CG7 and 12BH7A, are my favourite miniature preamp tubes. As I indicated above, no one really knows the answer to this question, although they may go ahead and tell you anyway. A simple, straightforward design using the best tubes and passive components, and a properly designed power supply, is a good place to start. It gives you a reference point. In the case of the Mapletree products, not much tweaking beyond this was necessary to achieve the results I wanted. The final measure of success lies not in what my measurements or even my own ears tell me, but from the feedback I get from customers who have more experience than I do with a wide range of equipment in their own systems. The parts that go into a design can drive prices of a unit upward very quickly.

HFR –  How do you choose between expensive boutique parts, and more standard offerings?

Dr.LP – I don’t use any boutique parts, though if a customer wants $20 RCA jacks I will supply them at cost. I am more reluctant to substitute passive components such as signal capacitors. I am offering what I think works the best, which in the case of the preamps, are Auricaps. So if a customer insists on my using “Superduper Caps” in their preamp I remind them that they are now the designer, not me. Tube gear is often judged by the quality of the iron used in the product. There have always been heated discussions of the quality of the transformers used by Fisher, Mac, and so forth.

HFR –  What are your opinions about transformer quality, and does modern iron stack up in your opinion?

Dr.LP – There are output transformers on the market these days that are made the same way, using the same materials, as the old designs. But there isn’t a lot of variety, and they are expensive. If you want a copy of a McIntosh unity feedback OPT, I don’t think there is anything out there. One thing to remember about the old power amps is that they used what we now call “NOS” tubes. Fitted with Mullard EL34s, the Dynaco ST-70 had a distinct advantage over a modern version with currently manufactured tubes. On the positive side, the availability of plastic film capacitors and precision film resistors is a step up. I use Hammond OPTs in the Stealth power amps and am totally satisfied with the results and so are those who have tried them. Actually, my power amps are really only a sideline to the preamp and headphone amp business. It is hard to compete price-wise with the Chinese offerings and, as well, they take longer to build and test, and are tricky to ship long distances.

HFR –  What do you see in the audio world that concerns you? And where do you see twochannel audio heading?

Dr.LP – I often answer this question by claiming that “audio is dead”. Luckily, it is only almost dead. Just like photographic film is almost dead. There will always be a market for special products that bring enjoyment to those who can afford them. My goal is to make them as affordable as possible. Of course, the real problem for the future is not the hardware, but the software. We all know that CD sales are rapidly declining and it isn’t just the downloading technology that is the cause. The MP3/iPod “shuffle syndrome” has created an audience that has no interest (or a long enough attention span) to listen to more than 3 minutes of music from a single artist. I have no idea where this will lead but I don’t think it will be good for the audiophile. I recently heard Paul Simon comment during a PBS interview that he may not write again because the concept of the “album” is nearly irrelevant. He claimed the LP (or cassette for that matter) was the ideal format from an artist’s perspective. You could listen for 20 minutes, make a decision whether you wanted a further 20 minutes or come back to it later. As well, each side was often sequenced and presented as an artistic entity, or at least the first act of the overall work. I personally miss the concept of “sides” with CDs.

HFR –  Can you give us a description of your current audio system that you listen to for personal enjoyment? And what music do you listen to?

Dr.LP – I have described some of the technical aspects in Issue 4 of the Mapletree Branches newsletter. Basically, it is a 7-channel system with a high-level crossover driving old Dynaco A25s below 500 Hz, and Genexxa Pro LX5s (with the Linaeum dipole tweeters) above 500 Hz. As I explain in the article, this ends up being a three-way system. In addition, a subwoofer signal is processed through a dbx subharmonic synthesizer (solid-state analog!). Lastly, I have rear speakers (Dynaco A10s) driven by a separate power amp connected in the Hafler ambience recovery mode. Nothing high-end here. My turntable is an Aurex with Stanton 890SA cartridge fitted with a Pickering D4500S stylus. The CD player is a vintage Marantz changer. There are Aurex cassette and Teac 4-channel reel-to-reel decks but they don’t get used much these days. I dabble in collecting 78s and use a Dual changer and Grado cartridge for these. Of course, all the electronics (3 dualchannel and one mono power amp) is self-designed/built tube type including a Stealth 60, and an Ultra 4A SE preamp. I am a musician and specialize in early country, folk, and bluegrass. However, my listening tastes are more varied than this. Today, in the shop (I have a pair of PSB Alphas driven by a Stealth 60 out there). I listened to Madeleine Pyroux, Ry Cooder, and J. J. Cale. There are two reasons to listen to recordings: either the sound is great or the music/performance is great. Sometimes you get both, and that is when I put down the soldering iron and just listen. Suggested Reading Science of Tube vs. Transistor sound. 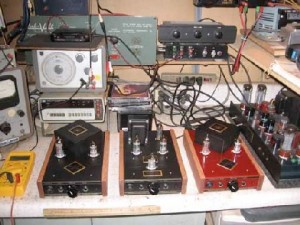