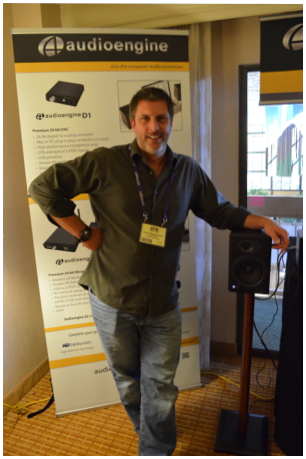 HFR – What was the genesis of Audioengine?

BB– Our idea behind Audioengine was to create a line of great sounding powered speakers that offer an easy way to interface with all the digital music and video players being released. There are some well designed digital audio players but not many “real” powered speaker systems in the same category to support these products. We wanted to replace bulky AV receivers and provide the best sound possible, but without all the setup hassles. Our original goal was to just ride the iPod wave, but A5’s work great with so many other products that we couldn’t ignore such as the Airport Express and Squeezebox, as examples. 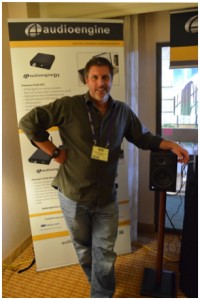 HFR – Can you give/list some of the original parameters for the speakers?

BB– Our design guidelines for our first product were to create a pair of small powered bookshelf speakers with excellent low end, distinct yet familiar industrial design, and simple but useful features. We had a certain price target in mind, but were determined not to skimp on component quality so we managed to include many very high-quality parts that might otherwise have been compromised. We also decided to stick with the traditional 2 speaker setup as this configuration made the most sense for our first speakers.

HFR – How different was the original design from what exists now?

BB– The A5 prototypes are very similar to what we are shipping now. Early plans were to include a dock but we didn’t want to be known solely as an iPod speaker, so decided on USB charging instead. The rear panel power jack was included from the beginning, as we knew that would be a simple but useful feature.

HFR -What was the hardest part of the process to get right?

BB– Final tuning of the system was the most difficult, but getting the cosmetics right was also a big challenge. We wanted a simple overall cosmetic design and had to sometimes fight our urges to clutter it up with logos and grills and such.

HFR – Can you discuss any surprises that happened along the way?

BB– We were a bit surprised that so many people got what we were doing. Instead of people saying “What, no dock? No remote? How lame!”, we got exactly the opposite response. General customer feedback on the A5’s has been phenomenal, which we certainly appreciate. One common thread in this feedback is that people say they hear things in their music that they didn’t notice before. Most people can’t exactly articulate this, but they say they hear something different that pleases them and that’s what really counts to us!

HFR – Was it apparent from the beginning that the speakers would be built overseas?

BB– We’ve been doing design and assembly of audio products in Asia for quite a few years now, so it made sense to use our existing resources for Audioengine. As long as you have dedicated resources on-site and can get what you need for the right quality and price, we don’t think it really matters where a product is built. Someone from Audioengine is on the ground in Asia during every build, which is extremely important to maintaining consistent quality of materials and assembly. Contrary to what some say, however, American design and manufacturing is alive and well and we will very likely be doing some final assembly and custom work back in the US in the future. 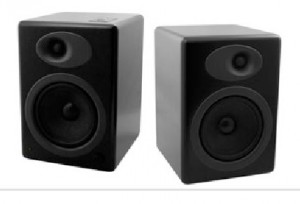 HFR – What kind of discussions, if any, did you have with Apple?

BB– None, but Apple product design philosophy was in the background and as soon as the Apple Hi-Fi came out we knew we were going down the correct path with the A5.

HFR – Was there a specific speaker company sound that you were trying to emulate?

BB– We’ve done quite a few A-B comparisons but have never wanted to copy anyone’s particular sound. We have great respect for KRK, Genelec, and so many other pro and consumer speakers but there isn’t one sound we wanted to copy.

HFR – Is Audioengine looking to expand the line at all?

BB– Absolutely! We’re working on a few follow-on products that build on the same functionality and features as the A5.

HFR – Have you discussed coming out with a black version of the speakers?

BB– Sure. Black is shipping as of October 1st. These took longer than expected, but the finish is excellent and they have a few new features, such as a subwoofer output and improved speaker binding posts. The same new features were added to the white A5 model as well Thanks for the opportunity, Mark! Keep up the excellent work. 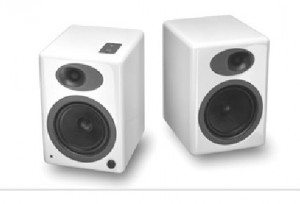