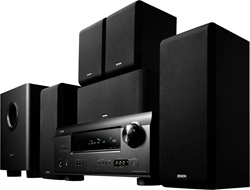 An exciting new piece has emerged, and we’ve got a look at it right here. Today we’re looking at the Insignia NS-42E570A11, and it’s going to have some really exciting features to it.  It may not be the best thing we’ve seen…lately…but it’s still going to have some serious advantages.

The Insignia NS-42E570A11 is a forty two inch 1080p LED television with a game mode to reduce blurring in high speed images, two five watt speakers with a ten watt subwoofer and SRS TruSurround, dynamic volume systems (they adjust automatically so that, should you segue from a nature show to a car commercial you won’t suddenly get blasted out of your seat), a component video input, a VGA port, a PC audio input, an RF input, four HDMI inputs, an analog audio output, a digital audio output, and a USB port.

Like I said above–it’s not the best thing we’ve seen, even recently. It’s got a pretty nice picture, and the sound is pretty good too (five watt speakers aren’t anything worth writing home about, but add on SRS TruSurround and a subwoofer and you’ve got a decent overall package). But the big thing to pay attention to here is the price.

Best Buy wants eight hundred and fifty dollars for one of these, making it one of–if not the–first sub-thousand dollar LED television I’ve seen yet. That’s a compelling case for this one, especially if you’re wanting LED.

So the Insignia NS-42E570A11 isn’t a bad television, it’s what it represents that makes it an interesting case.