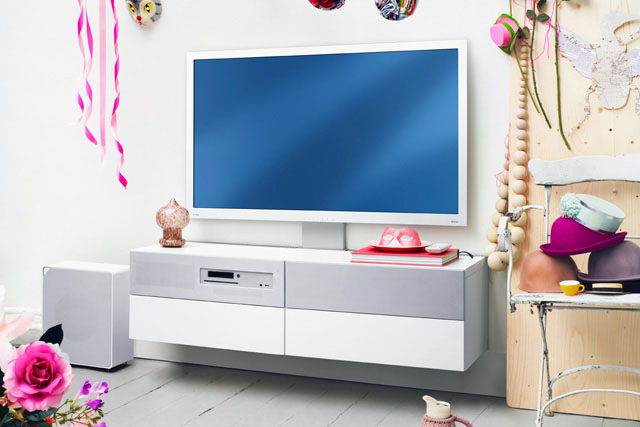 IKEA has launched an official IKEA TV set: an LCD TV that’s built into the furniture. The IKEA TV set, called “UPPLEVA” in IKEA language, offers screen sizes from 24 to 46 inches, all screens are LED backlit and offer tons of connectivity, with built in WiFi, 4 HDMI ports, and all sorts of other ports you might need. It’s an all-in-one solution that even includes a Blu-ray player in the TV stand. Price wise, it’ll start at around $1,000 when it becomes available later this year. And if TV, streaming and Blu-ray isn’t enough for you, the IKEA TV set even includes an FM radio and speakers. Sounds like a pretty sweet deal, w eonly hope that you won’t have to assemble the TV screen yourself.