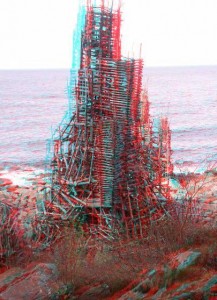 For those of you who’ve been here for a while, you know that I’m of the position that home theater is the way of the future because the theater industry is going to price itself out of the market, providing too little return for too much cash.  And now, I have just a little extra ammunition for that belief after seeing an article in USA Today with the headline:

See, the theaters have discovered that they can charge just a little extra for the cost of a ticket if they offer something new and interesting along with it, like, say, a presentation in 3-D. Now that’s all fine and well–in fact, from a purely capitalist view, it makes sense.  But the theaters are taking it one step further–they’re trying to find the CEILING.

prove that theaters want to find the point where you will stop paying, and then charge just a quarter or so less.  This is a move that could prove fatal to an already limping theater market–if people start to get the idea that the theaters looking to gouge patrons, they’ll exercise their options. And they have several–seeing only 2-D theatrical entries, or eschewing the theater entirely.

And with components getting better and costing less with each passing day, the likelihood of theater backlash grows.  That puts folks like US ahead of the curve.