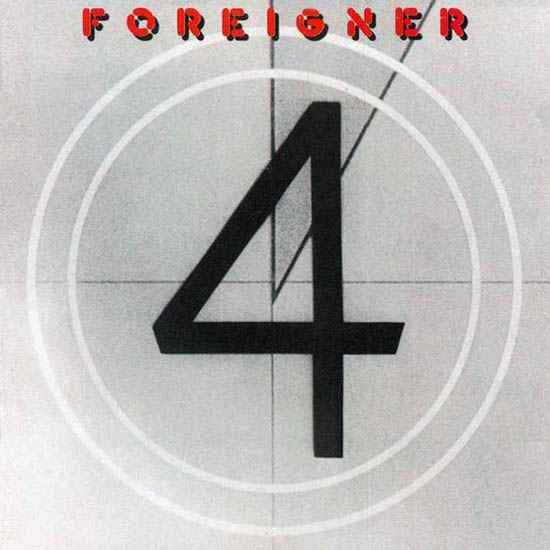 Although the catalogue of DVD-Audio titles is steadily increasing in size, at this early stage in the format’s development it isn’t easy to find titles to suit one’s own specific tastes. If you’re not a huge fan of either jazz or classical music, then the software choice is still severely limited, you cannot, for example, pop into Tower Records and emerge half an hour later with a truckload of your favourite recordings.

However, this hardship does have one positive influence, it teaches you, albeit subliminally, to really appreciate any releases of your favourite albums that are available, hence the reason for this preamble. Foreigner ‘4’ is an album I know and love, partly because I’m a closet fan of the musical style – that powerful guitar-driven 80’s rock – and partly because I’ve been a Foreigner follower since the late 70’s. Foreigner’s first release is also reviewed on this site, [here] but as much as I enjoyed that album both now and back in 1977, it is the later Foreigner albums that really blow my skirt up.

As the name suggests, ‘4’ was Foreigner’s fourth album after ‘Foreigner’, ‘Double Vision’ and ‘Head Games’. Released on July 2nd, 1981, the album was considered make or break for the band since their popularity had been on the wane given the lukewarm reception ‘Head Games’ had received from both record critics and the record-buying public. ‘4’ would need to be an exceptional album by anyone’s standards in order to elevate Foreigner back into the upper echelons of industry ‘greats’. 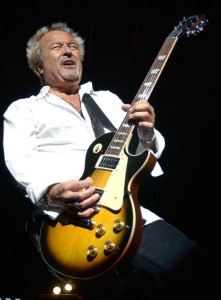 Work began on the album in late 1980 with the original six-man Foreigner line-up, but after much in-fighting as a result of Al Greenwood and Ian McDonald’s desire for increased writing/producing exposure, Mick Jones, the band’s founder, decided to reduce Foreigner to a four-piece, letting Greenwood and McDonald go their separate ways. Robert ‘Mutt’ Lange, who is currently married to Shania Twain the lucky fellow, was drafted in to co-produce ‘4’ with Jones, while a number of guest session artists also made sizeable contributions, most notably Mark Riviera, Hugh McCracken, Larry Fast, Bob Mayo, Ian Lloyd and Thomas Dolby, who went on to a hugely successful solo career.

The resulting album really can be described as ‘exceptional’; departing somewhat from the heavier 70’s Foreigner style, ‘4’ is a heady mix of synthesisers, electric guitar and Lou Gramm’s outstanding vocals, tied together by the peerless song writing of the Jones/Gramm partnership and Lange’s superb co-production. Not unexpectedly it became Foreigner’s most successful album, selling in excess of five million copies in the US during 1981 (seventeen million copies worldwide to date).

‘4’ includes some of the band’s biggest and most recognised hits, ‘Juke Box Hero’, ‘Urgent’ and of course, ‘Waiting For a Girl Like You’ which remains one of the standout power ballads of the era. It is a mistake however, to single out two or three tracks from this classic album, the entire work from the opening ‘Night Life’ to the closing ‘Don’t Let Go’ represents a pop/rock tour de force. There are infections guitar riffs, ‘Woman in Black’ being a prime example, a striking saxophone solo in the midst of ‘Urgent’ and soulful lyrics, ‘Girl On the Moon’ being a case in point.

Appropriately, after twenty years, ‘4’ months and ‘4’ days – not that anyone is counting – from Atlantic and Rhino, along comes a remixed, remastered version of ‘4’, headed by many of those responsible for the earlier ‘Foreigner’ DVD-Audio release; producers Robin Hurley, David McLees (two-channel) and John Kellogg (multi-channel).

We’ll begin with the two-channel 96kHz 24-bit version because, when judged against the previous 44.1kHz 16-bit Compact Disc release, it’s nothing short of a revelation, not just because of the technical advances of the format, but also as a result of the care and attention lavished on the original material in order to bring it to DVD-Audio. When one compares a familiar track such as ‘Juke Box Hero’, it’s instantly apparent that the CD sounds compressed and lifeless, whereas the DVD-Audio disc is open, full of life and has far greater dynamics. The differences in the high frequency registers are particularly apparent; in isolation the CD appears adequate, but switch to the DVD-Audio disc and cymbal crashes come alive, sparkling with vibrant energy. Low frequencies are also better defined; although they’re neither deeper nor louder, they have improved transient attack which becomes patently obvious the more one listens.

A casual, uninformed passer-by commented: “That bloke [Gramm] sounds like a much better singer.” She was right; Gramm’s vocals do have greater depth, more warmth and are less harsh when one listens to the DVD-Audio disc. Just think, we’ve been enjoying Foreigner for all these years and yet this could well be the first time we’ve actually heard Gramm as intended! Even the clarity of ‘Foreigner’ falls a little behind that of ‘4’, which can be described as ‘revealing’ – perhaps due to the progression of recording technologies in the late 70’s and early 80’s – especially when you are intimately familiar with previous releases on CD and vinyl (which, for what it is worth, isn’t even in the same county).

Just when you’re thinking that things can possibly get any better, a few menu navigation button-presses away is the multi-channel mix. I don’t actually have any notes for this portion of the disc because I spent the entire forty-two minutes sitting mesmerised with a stupid fixed grin upon my face. The additional channels elevate what is already an exemplary re-release into a stunning surround experience. I felt as though I was literally part of the music, it is all around and somehow, also deep within. For someone who grew up with tracks such as ‘Waiting For a Girl Like You’ ringing in their ears, such a renewed sense of involvement is startling.

Kellogg has used all six channels to create a hugely complex tapestry of guitars, synthesisers and percussion, all of which have been placed with such precision it is hard to imagine how one could possibly improve upon the disc’s multi-channel presentation. The front soundstage extends around to the sides of the listening position while at times the rears add not only a heightened sense of presence, but also deliberate panned events. However, even fairly aggressive pans, such as the swirling synthesiser chord of ‘Urgent’ and the pulsing beat of ‘Juke Box Hero’ – which slowly moves around the room – are wholly convincing, at no point do they appear to have been added simply for ‘effect’. ‘Waiting For a Girl Like You’ in particular has obviously been treated with some reverence, to the point where it is the music that catches your imagination, rather than obvious discrete surround events that in this case would only have served as a distraction.

For Foreigner fans everywhere, the disc contains two bonus tracks, ‘nearly unplugged’ versions of ‘Juke Box Hero’ and ‘Waiting For a Girl Like You’ performed by Mick Jones and Lou Gramm that were recorded at Mick’s own home studio in 1999. They provide an intriguing insight into the aging process of both songs and performers, particularly when it comes to Gramm’s voice as he now sounds a little like Joe Cocker, such is the passage of time. Both tracks also benefit from the multi-channel treatment, although in far simpler terms.

Foreigner ‘4’ is easily the best DVD-Audio disc to date. Yes, I’ll admit that my appreciation of the music itself must impart some bias into this conclusion, but if the fidelity and presentation of the disc had not been up to scratch, then that same bias would have led to a damning review. That, as you’ll know by now, is not the case, the fidelity and the multi-channel mix – especially the latter – are both superb, which is why a copy of Foreigner ‘4’ should be a part of everyone’s DVD-Audio collection.