‘Say You Will’ is the first studio album since 1987 from super-group Fleetwood Mac, and it is being released simultaneously in both Europe and the United States on DVD-Audio and Compact Disc. The European release date is April 28th, while the album debuts two weeks earlier on April 15th in the U.S. The long-awaited disc, performed by the definitive Fleetwood Mac line-up of Stevie Nicks, Lindsay Buckingham, Mick Fleetwood and John McVie represents the United Kingdom’s first day/date DVD-Audio/CD release.

‘Say You Will’ boasts the Advanced Resolution Surround and Stereo sound quality now possible with this multi-channel medium. It looks set to become another must have DVD-Audio album for all Fleetwood Mac and surround sound fans, following on from the success of ‘Rumours’ when it was originally released in North America on DVD-Audio in 2001.

The album’s title-track looks set to be the first single, a classic in the vein of Fleetwood Mac’s best and most-loved hits. Other standout titles include ‘What’s The World Coming To’, ‘Thrown Down’, ‘Peacekeeper’, ‘Destiny Rules’ and ‘Steal Your Heart Away’.

Whilst Nicks, Buckingham, Fleetwood and McVie all played on 1997’s unplugged album ‘The Dance’, ‘Say You Will’ represents their first studio recordings together since 1987’s ‘Tango in the Night’, which yielded the singles ‘Everywhere’ and ‘Little Lies’.

The production credits for ‘Say You Will’ feature the quality we have come to expect from Warner Vision DVD-Audio releases. The disc was produced by David May, whose other DVD-Audio production credits include Miles Davis’ ‘Tutu’, Eric Clapton’s ‘Reptile’, and Paul Simon’s ‘You’re the One’. All songs have been remixed for surround by Mark Needham.

Stunning, exclusive black and white photos of the group are utilised on interactive menus that introduce each track, with the option to choose between 96kHz 24-bit 5.1 multi-channel and 96kHz 24-bit stereo playback. However, it is not necessary to view the menus on the screen in order to enjoy the music, as the disc can function just like a standard CD when played in any DVD player. Also included are 5.1 and two-channel Dolby Digital tracks for DVD-Video backward compatibility.

The current line-up of Fleetwood Mac released their eponymous debut together in 1975 with Fleetwood and McVie the only remaining members of the original band. Whilst Fleetwood Mac enjoyed massive commercial success, they are probably best known for their popular hit singles including ‘Rhiannon’ and ‘Say You Love Me’.

The global success of 1977’s Rumours established the band as a legendary phenomenon with one of the biggest-selling albums ever made. Containing hit singles such as ‘Go Your Own Way’, ‘Dreams’ and ‘Don’t Stop’, ‘Rumours’ resided in the U.K. top thirty album chart as recently as July 2000.

Fleetwood Mac is currently planning a world-tour with dates to be announced soon. 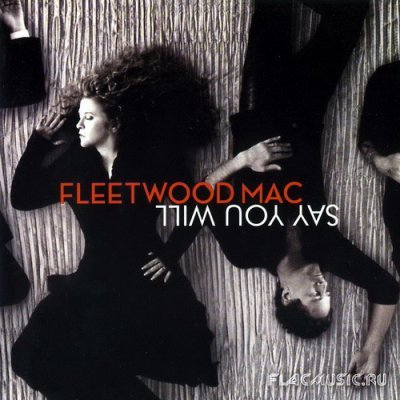