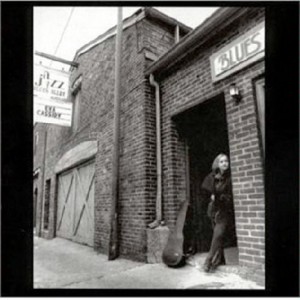 You may have heard the name Eva Cassidy; you may have even heard her story, but unless you’ve heard her sing there is no way for you to comprehend the enormity of her talent and the rich legacy she left behind. Yes, Eva Cassidy died, in 1996 at the age of 33 from a form of skin cancer. She was unable to get a recording contract in her lifetime because she was so versatile that the record company geniuses had no idea how to market her. It wasn’t until after her death that her “career” took off. The tragedy of all this, beyond the obvious “she died too young,” is the fact that she was one of the finest singers of popular music to come along in many a year. I personally think she was the greatest new singer of the last 30 years. That’s not to take anything away from the likes of Mary Chapin Carpenter, Norah Jones, Jeff Buckley, Diana Krall, Shelby Lynne, Alison Krauss, Loreena McKennitt, Martina McBride, et al – they’re all great in their own way – but Eva could sing any kind of music (and did) and had a way of communicating the emotion of a lyric that was truly special.

Her father taught her how to play guitar and how to sing harmony parts when she was in grade school, but it soon became apparent that she had an innate talent for it. She was blessed with perfect pitch, and had the ability to sing the required harmony when a song modulated to a new key. She took this talent and then worked at it, studying other singers like Ella Fitzgerald and Linda Ronstadt while at the same time learning how to develop an accompaniment that complemented the song. She was becoming a song stylist. Eva Cassidy was not a prolific songwriter, although she may have been able to become one given more time. She primarily sang other people’s songs, but she was not afraid to rearrange the chord structures to make the song her own and she had exquisite taste in material. She would only sing songs whose lyrics she could relate to. Her selections were so varied, though, that we get to see many different facets of her talent. Eva could belt out a blues number or a rocker and then do the most wistful, vulnerable version of a ballad that you’ve ever heard. While every one of her albums that I’ve heard are worthy in their own right, I recommend starting with three. They are:

This live set showcases Eva’s incredible range, from light and sassy (Cheek To Cheek) to belter (Stormy Monday, Honeysuckle Rose, Take Me To The River) to soulful diva (Bridge Over Troubled Water, People Get Ready, Tall Trees In Georgia) to a wistful vulnerability on ballads that melts your heart (Fields Of Gold, Autumn Leaves, What A Wonderful World). I’m hard-pressed to think of another singer who would tackle such a variety of songs in one program and excel at all of them. The final song, Oh, Had I A Golden Thread, is a studio cut that was added at Eva’s insistence. Consider it a tasty encore. The live portion is well recorded, with a good sense of room ambiance, and Eva’s backup band is tastefully restrained so that Eva is the star and out front. This is one of my favorite live albums of all time. To my ear, Eva’s version of What a Wonderful World beats the Louis Armstrong version by a wide margin. That alone makes this a must have album. 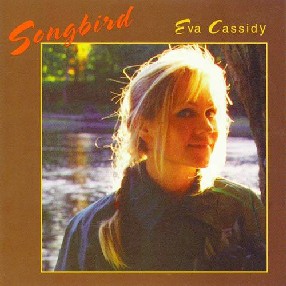 SONGBIRD is a compilation album and is probably the place to start in your Eva collection. Four songs are repeated from BLUES ALLEY, with the live cuts having the crowd noises removed. Five cuts are from the album EVA BY HEART (Wade In The Water, Wayfaring Stranger, Songbird, Time Is A Healer, and I Know You By Heart) and the final cut (Over The Rainbow) is from her duet album with Chuck Brown called THE OTHER SIDE). Some of the songs have alternative mixes. Eva gives Wade In The Water a jazzy treatment that swings; Songbird is a stunner, which beats the original by Christine McVie and Fleetwood Mac to my ears (no small feat that, because McVie is a wonderful singer in her own right); I Know You By Heart is another ballad that Eva absolutely kills it for any other artist, and which is a fine showcase of her excellent use of vibrato in her voice), but the real stunner is her version of Over The Rainbow, which became a number one record in England in 1999 and started the grounds well in popularity that Eva’s music enjoys today. Eva rearranged the chord structure of the song and accompanies herself with acoustic guitar and it flat outworks! It’s my favorite version of this song and is reason enough to get this album. SONGBIRD is also available in vinyl for those of you who simply must have it in every format! 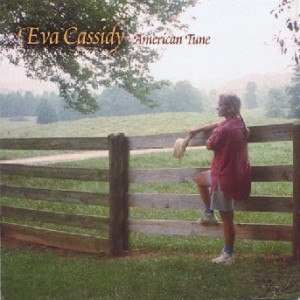 I never thought I’d see the day when someone could do justice to Yesterday – Paul’s version is so definitive – but Eva changes the gender of the lyrics and makes it her own, bringing out the rueful regret inherent in the lyric. Similarly, her version of American Tune, one of Paul Simon’s finer songs, works wonderfully, with chords added so that her guitar harmonizes with her vocal. Drowning in the Sea of Love has a nice, funky groove to it and she sings the hell out of it (as she does with every song here). I really don’t think Eva was capable of a bad performance, because she only chose songs that meant something to her, and more importantly, was more intent in getting across the meaning of the song than in showing off her voice with needless histrionics. If you appreciate good music, you need to hear Eva Cassidy, and it’s my belief that you too will become a fan and will seek out the rest of her catalog (all worth hearing). What a legacy she left in her all-too-short-life. All of these albums come most highly recommended.