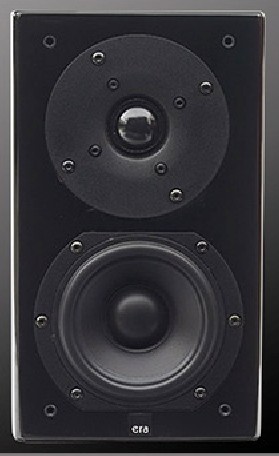 It seems as if in the past ten years that manufacturers have taken note that mini-monitors can be created to perform with a modicum of full range capability. This doesn’t mean that the public is to expect bass and depth equal that of towers. Several companies have jumped in this area each and every year, adding to the potential choices. Many new companies have even used the mini-monitor segment to launch their company. One such manufacturer is Signal Path, the US distributor of brands such as the acclaimed Musical Fidelity. This past spring, the Era line was placed onto the market to carve out its spot.

I first heard of the Era Design 4 speakers (and larger sibling, the Design 5) a few months back while in an audio chatroom. Being a fan of monitors, I decided to pursue my quizzical interest. Within a few days I had contacted David Solomon of Signal Path, and he immediately shipped a pair to me. I’m no fan of black speakers, as I have a thing about staining beautiful wood grain black. However, as with other upstart speaker manufacturers, black veneer has been replaced with a smooth, high gloss black, akin to a Steinway grand piano. The Design 4 shape follows a trend toward the tapered vertical rectangle, with the narrowing towards the back. A tuned, rear port sits above two rubber plugs that can be removed for usage as wall mount speakers in a home theater setup. Below that is the latest in five-way binding posts with the clear plastic covers. 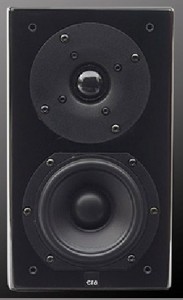 The Design 4 drivers were created by speaker legend Michael Kelly. His design incorporated upgrading the tweeter to silk and using a composite four-inch driver. Another highlight is the one inch thick MDF using for the cabinet. The cabinet shape was the brainchild of Signal Path executives David Solomon and Jim Spainhour. These choices show the seriousness that Signal Path has in creating a quality monitor, instead of a quick moneymaker.

In order to properly “breakin” the speakers, I placed them in a closet covered with towels and hooked up to a Sony receiver. For the next five days they played 24/7 at a room-filling but moderate level. Each day, they received a good hour of doubled volume level. During this period, what struck me most was the amount bass coming forth from the diminutive boxes.

I positioned the Design 4’s on my trusty Celestion Si stands (filled with sand). Final placement was 12in from the back wall and 30 inches from the side. The speakers were toed-in slightly for optimal listening.

Even though the Design 4’s are small, they are not the most efficient speaker around at 84db. Being a curious sort, I decided to try them out first using the fine, moderately powered Onix SP3 integrated tube amp (38wpc). Needless to say, the results were rather disappointing. The 4’s need power, so I switched over to my HK PM665VXi, at 150 wpc. The difference was immediate. However, I still felt as though the speakers were being shy. I let them play for a while as I busied myself with preparing dinner. About 25-30 minutes I began to think that the stereo was getting quite loud. Thinking that my wife had turned up the volume (a rare moment), I checked the volume knob. Nope, no change, but the sound difference was amazing. In subsequent listening sessions the same thing happened. The Design 4’s needed to be warmed up, a few songs, equal to some stretching exercises. 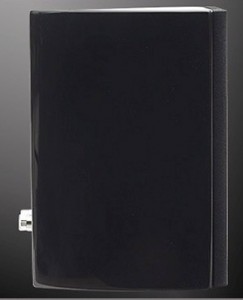 Once ready to go, these speaker love rock and roll. They beg to show off how well they handle hard rock. Reaching back into my youth, I put on ACDC’s Back in Black. Needless to say, the 4’s loved the pounding rhythm of the brazen You Shook Me All Night Long. Screaming vocals didn’t fracture the tweeter’s smoothness or show it’s limitations. This capability is important when examining the fact of how they will sound for home theater enthusiasts during intense sound effects, such as any one of Dakota Fanning’s eighty or so screams during War of the Worlds.

It’s the bottom end that grabbed me during the half a dozen listening sessions I held with the Design 4’s. These are not your typical one frequency covers the spectrum thump. These little guys actually try to dig in to the bottom octave. The bass comes across as quite forward, an interesting mix, in comparison to its mids and highs. The bass sound, if memory serves, is similar to a small pair of Cerwin Vegas (triple the actually size) that I sold way more years ago then I care to confess.

Due to the forward nature of the bass, the mid frequencies tend to sit back. This doesn’t mean that they go lacking. It’s just more of a European sound that tends to try and draw the listener in, rather than push out. While playing tracks from Doc Severison and the Tonight Show Band, the brass section came out in full breadth, accented once again by the smooth work of the tweeter. 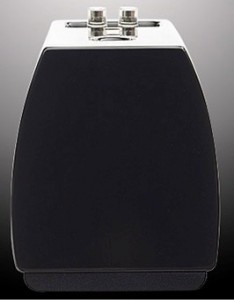 Speaking of the higher frequencies, the Design 4’s to me really stand out in that they don’t try to overly brighten the sound. A mistake I’ve heard in many other mini-monitors. This lack of flashiness resulted in very comfortable listening sessions.

In comparing the Design 4’s to my Totem Dreamcatcher’s, the Design 4’s are less bright, more controlled, and have a more pronounced bass. The mids are not quite as open as the Dreamcatchers. The imaging/soundstage are very much equal in that both speakers handled my decently sized living room of 24d x15w x8.5H. Which speaker comes out ahead depends on the type of music one favors.

The Era Design 4’s deserve every bit of the kudos the audio press has given them. Once again, it proves that many of the best affordable speakers are coming from young, upstart companies. The 4’s are intoxicating, the warmth from the forward bass creates a wonderfully deep soundstage. Just as surprising is the outstanding smooth highs that maintain control even at the upper reaches of listening volume. Whether you’re looking for home theater (Era offers a six-piece setup with four Design 4’s, and matching center and subwoofer), or a simple two channel setup for limited space, don’t buy until you’ve auditioned the Era Design 4’s. 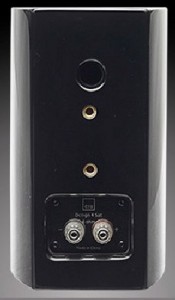