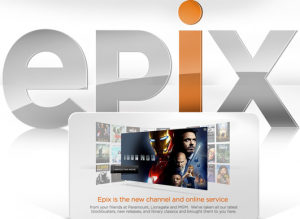 Okay, folks, before I kick this one off feel free to file it under the cry of Daffy Duck-style “woo hoo!”, because the logic’s taking a little jump, but under the circumstances, this is totally plausible.

I just got this information about two hours ago, and it took me a while to put it all together.  But the pieces have finally locked into place and a coherent, if possibly incorrect, whole has presented itself to me.

So here’s the chunk of news that pushed me over the edge: Epix, the service that’s being described now as “the Hulu of movies”, whom I believed would pose serious, possibly debilitating, competition to Netflix, has just brought on new partner Mediacom Communications.  Mediacom is the seventh largest cable television provider in the United States, giving Epix a whole lot more access to a whole lot more televisions.

And with Paramount, MGM and Lions Gate all behind Epix, this could pose a SERIOUS problem to Netflix.  So with that in mind, it makes some sense that Netflix would be willing to sacrifice up to thirty percent of its current earnings to get a piece of Warner’s vast library of titles to stream.  Having a lock on Warner would be a compelling stake against Epix.