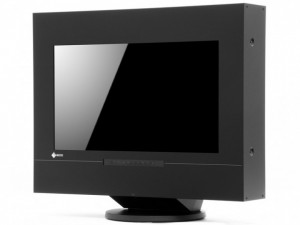 EIZO has just recently announced a 3D monitor known as the DuraVision FDF2301-3D.

The LCD measures in at 23 inches with directional backlight and full HD resolution. The user has the ability to toggle between several 3D modes including Side by Side, Anaglyph, Frame Sequential, and Dual Input.