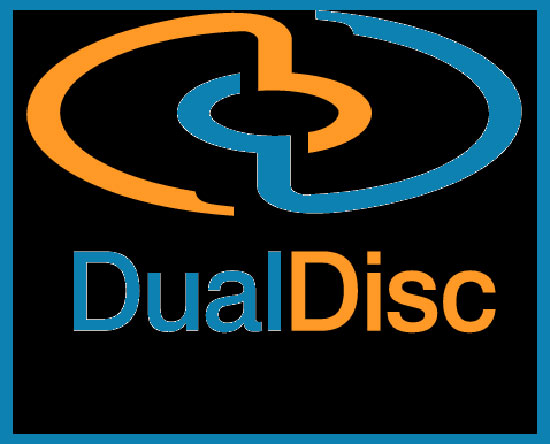 DualDisc, the hybrid CD/DVD format, officially became a reality today with the release of thirteen titles into the small test markets of Boston and Seattle. DualDiscs are double-sided, on one, Compact Disc compatible digital audio at 44.1kHz 16-bit and on the other, DVD-Video, with the possibility of including high-resolution DVD-Audio content.

Many uninformed industry commentators claimed DualDisc would be impossible, the obstacles being disc thickness and CD patents, but both issues have been overcome by a consortium of five major record labels – BMG, EMI, Warner Music Group, Sony Music and Universal – all of which have titles amongst the initial batch of thirteen (click here for disc, packaging and display details).

A Warner Music executive, talking to High Fidelity Review, was quick to convey their hopes for the format:

“WMG is testing the DualDisc in select markets. DualDisc is a feature rich and flexible music product with highest quality fidelity available. Identical in size and looks to a Compact Disc or DVD disc, the DualDisc offers consumers the option of playing the disc in either a CD player and or DVD player. WMG’s DualDiscs contain the traditional CD format on one side, with its multiple options while the other side features DVD-Audio technology, which includes Advanced Resolution™, multi-channel audio and the option of including video footage, still images and photos, lyrics, and Web links. The result is a product that provides the consumer with an exciting new dimension to the recorded music experience.”

Universal Music Group representatives issued a similarly worded statement (Wednesday 4th), so it is clear that the DualDisc format is currently being promoted by a group of labels acting as united front.

One of the most interesting aspects of the DualDisc experiment is the involvement of Sony Music, currently promoting their SACD format. Their representatives would not be drawn into any off- or on-the-record statements about whether DualDisc would encompass an SACD layer, but they too are hoping that DualDisc enjoys a bright future.

“Sony Music today confirmed that it has joined an effort to test a new product in two markets. The product, known as DualDisc, offers dramatically expanded capabilities beyond those of the traditional CD by combining CD audio and DVD video on a single two-sided disc. DualDisc is playable on existing CD and DVD hardware, personal computers and game consoles. The new product capitalizes on the popularity of DVD by including a DVD compatible portion that can contain exclusive video footage, unique films or other video content that will help to expand the relationship between artists and their fans. In addition, the DualDisc features surround sound capabilities and web-based interactivity, and can provide maximum portability by including digital music files right on the disc. By combining music, video, interactivity and portability in a single disc, DualDisc will provide music consumers enhanced value and greater convenience. The test features releases from a wide variety of Sony Music artists, including AC/DC, Audioslave, David Bowie, and Good Charlotte.”

We expect a similar statement from EMI sometime later this week, the company responded positively to our request for an attributable quote, but were perhaps caught somewhat unawares of the media interest the DualDisc market tests would generate.

To coincide with the launch of DualDisc, High Fidelity Review today commenced a serious of articles about the format and its potential impact on the industry, together with details about the discs themselves and the surprising reaction from manufacturers of existing dual-sided disc technologies. 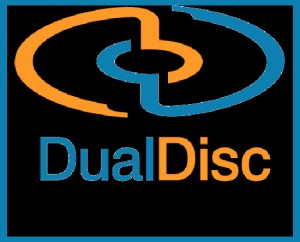 The first in our series: DualDisc – The Hybrid CD/DVD Disc