Denon have announced that the PAL version of their DVD-2900 universal DVD-Audio/SACD player will be the only machine capable of delivering ‘legal’ PAL progressive video.

The DVD-2900 brings Denon’s audiophile and videophile performance features to a price point that most enthusiasts can afford. Many of the technologies and construction elements developed for the flagship DVD-A1 have been used in the 2900, which will go on sale in the U.K. with a recommended retail price of just Ј850.

Remarkably at this price, Denon have gone for pure audiophile construction with a three shielded box, five block internal layout to isolate analogue, digital and video circuits from each other and included audiophile quality Silmic capacitors in the audio chain. Similarly high standards have been applied to the video circuitry.

Robert Follis, Denon’s PR and marketing co-ordinator is expectedly enthusiastic: “We had a production delay on this player which was fortuitous, as Denon have used the extra time to make the 2900 the first legally approved PAL Progressive Scan DVD player from any Japanese company and the world’s only DVD-Audio/SACD player with PAL Progressive,” Rob told us. “The combination of audio and video technologies should make the DVD-2900 this seasons hottest affordable high-end player and will certainly will upset the status quo, we hope!”

For audio, the latest Burr-Brown 24-bit 192kHz DACs and other state of-the-art technologies are used to extract the maximum from all formats. Audiophile components are used throughout the analogue stages and there is a special two stage ‘Pure Direct’ quiet mode for music replay.

For the highest quality video, the DVD-2900 uses two of the most advanced 12-bit 108MHz Video DACs with Noise Shaped Video, plus Silicon Image’s SiI504 PureProgressive® Scan with a huge 64Mb of external SDRAM, plus Denon’s super Sub-Alias filter and 4Ч Oversampling on both the Progressive and Interlaced outputs. 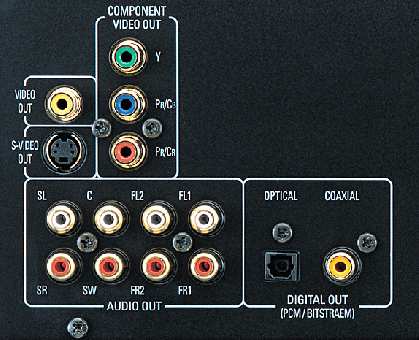