Continuing their program of releasing classic jazz albums from their catalog in SACD Surround Sound, Concord Jazz has issued a new Super Audio CD of At Last by The Gene Harris/Scott Hamilton Quintet. As with their previous SACD reissues, At Last features the original CD mix of the album as well as SACD Stereo and a new 5.1 Channel, SACD Surround Sound mix.

In the album’s original liner notes from 1990, Nat Hentoff says

«If anyone ever asks you what jazz is, words won’t do. Just play this music. The pulse, the flowing time that is the nurturing essence of jazz is distilled by Gene Harris, Herb Ellis, Harold Jones, and Ray Brown as they shape rhythm waves on which Scott Hamilton’s tenor glides, dives, and soars. And Gene Harris, when he solos, also rides the tides of the past as well as the powerful presence of the moment. Each of the players has a full, open, personal sound — and each always has sound in mind. It is being heralded as a lost art that has been rediscovered. But the guys on this date have never lost that art.»

«For the best possible sound quality, the multi-channel program on this SACD was transferred directly from the original analog master tapes into 24 Channel DSD (Direct Stream Digital), where it was mixed for 5.1 Surround Sound entirely in the DSD domain.»

This may help explain the very high quality sonics on the new SACD Surround Sound mix.

Also worth noting is the immersive nature of the Surround mix which is not shy in placing instrumental solos in the Surround channels as well as the front and center channels. It helps highlight the solos and makes for an enjoyable listening experience.

The Surround Sound SACD was Produced by John Burk and Nick Phillips, the Associate Producer was Herb Waltl, the 5.1 SACD Mix Engineer was Ted White, the Mastering Engineer was Graemme Brown and the DSD Assistant was Kaspar Hugentobler at Media Hyperium Studios in Torrance, CA. The SACD Authoring was done by Fred Jacobs at Philips in Eindhoven, The Netherlands and the disc was pressed by Sony DADC in Terre Haute, Indiana. 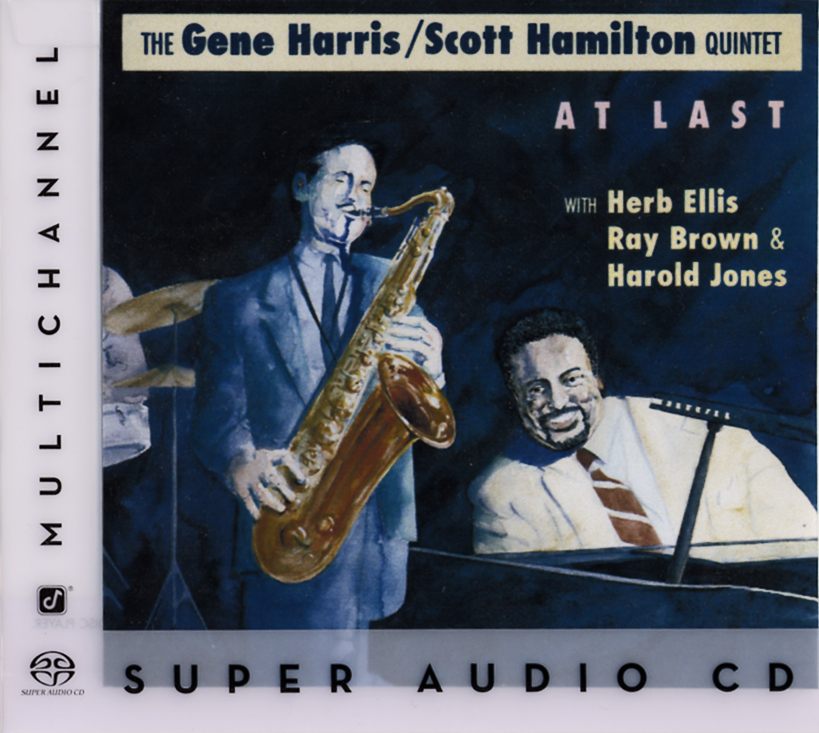