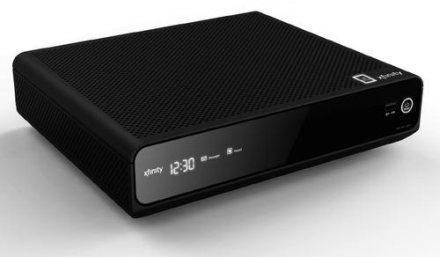 According to a source, this is Comcast’s new Internet video streaming box, the one to compete with the Roku player, Apple’s TV, among others. Not much is known besides the image above, and that the rumored box is built by Pace and is called “Parker” – most likely a code name.

According to Light Reading Cable (login required), Comcast is testing another box built by Samsung.

The streaming media player market is getting quite competitive, with Apple TV, Roku, Boxee and many others competing to stream our Netflix movies, online videos and TV shows, including game consoles like the Xbox 360 and PS3, both of which can already stream Netflix and many other services.