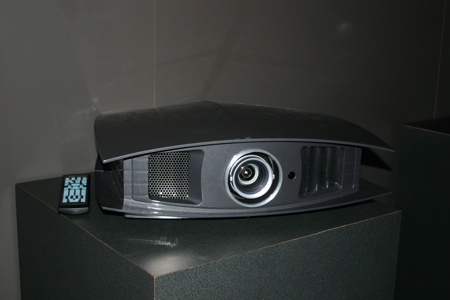 On the market for a high-end, sleek looking projector? Check out Cineversum’s BlackWing One with it’s $6,500 price tag it’s got to have some cool features, right?

The projected picture isn’t all that looks good though, with it’s French-designed chassis (not to mention the two HDMI 1.3 ports), the BlackWing One looks as good physically as the picture it projects.

Cineversum’s BlackWing One is expected to hit the market mid-December for $6,500.