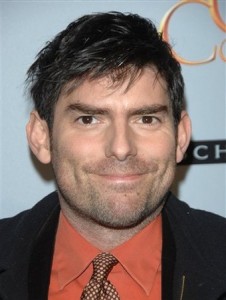 The legend of the (strictly alleged)  Twi-Pirate, Samantha Tumpach, is growing as she gets a little support from a surprising quarter, New Moon director Chris Weitz.

Weitz, you see, really does believe there was no malicious intent, certainly no attempt to defraud and steal from him as the studios so often like to breathlessly proclaim.  As such, he said this:

“There is, needless to say, a difference between trying to protect the copyright of a film and making an unfair example of someone who clearly seems not to have any intentions towards video piracy.”

Weitz further acknowledges that the film is “not his property”, but he raises an excellent point.  There’s a fundamental difference between people trying to profit illicitly from the works of others and the people the studios seem determined to pursue in litigation.  If the studios really want to stop piracy, they’ll stop going after the college kid who downloads a movie “illegally” to watch over a lazy weekend and instead START going after the people selling bootleg copies on the streets of thousands of markets all over the world.

It’s your move now, Summit et al…what’s it going to be?  Make the RIAA’s mistakes?  Or figure out where the real problem is?