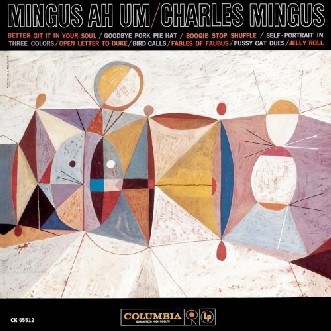 It is not only classic rock that is being reissued in vinyl at some speed these days, but some of the best jazz ever recorded is appearing on the shelves as well. There are specialists such as Analogue Productions (Fantasy & Blue Note reissues) and Music Matters (some of the most stunningly-packaged Blue Note reissues that you’ll ever find) that are reissuing in 45 rpm format for some of the most exceptional sound available. Likewise, Classic Records has been reissuing jazz titles at a clip for the past several years, both in 33 and 45 format.

Now jumping on the bandwagon are some of the major labels. It isn’t that they haven’t reissued their jazz back catalog (how many Take Five reissues have there been over the years? A million?), but now they are targeting the audiophile market with reissues.

The aptly named Legacy label (part of the Sony BMG machine) has recently announced a number of reissues, most of which are in the rock vein (Boston, Cheap Trick, Blood Sweat & Tears, etc.). There are a couple of titles that have put the fear of God into me: Nina Simone “Remixed and Reimagined”. Billie Holiday “Remixed and Reimagined”. This is a bit like having a property “developer” strip a beautiful house down to the frame and rebuild it as an oversized, butt-ugly McMansion. But I digress…

In the midst of all this, we have a few jazz titles. Herbie Hancock makes an appearance, as does Weather Report and the Trio of Doom. And, of course, Charles Mingus, with his Mingus Ah Um, recorded and released on the Columbia label in 1959.

This album is perhaps Mingus’s most popular and is certainly one of his more accessible. Working with a superb “workshop” of jazz musicians including Horace Parlan on piano, there isn’t a duff cut on the album. I won’t go into detail on the songs—this isn’t new music by any means, and there’s no lack of commentary available—but there is wonderful musical virtuosity on this album, and a pleasing mix of upand down-tempo tunes. There’s a bit of “hard left and hard right” in the stereo mix, but it isn’t off-putting and it is certainly no worse than I’ve heard on the recent Blue Note stereo reissues.

In the deadwax I see written: “J. Lambert” and “Tucker Sound”. I had not heard of Tucker Sound, but a quick trip to Google reveals that it appears to be a part of Foothill Digital, a New York-based firm. According to the abstract, “Foothill offers state-of-the-art CD mastering and DVD authoring, featuring Sonic Creator and HD systems in their new sound suite. Services: Music restoration and audio mastering services.” Allan Tucker is the Chief Mastering Engineer at the company. I guess this settles the debate over whether an analogue or digital source was used. Regardless of (and in fact, despite) the digital provenance, the sound on the LP is very good. The vinyl is dead-quiet: No obtrusive pops or clicks, and the music emerges beautifully. There is both a depth of bass and an extension of treble that is lacking from one of the titles I’ve heard in the “From the Capitol Vaults” series of reissues. You hear a lot of shouting and exhorting between the musicians going on in the background; this is reproduced clearly and adds greatly to the authenticity of cuts such as Better Git it in Your Soul. You won’t mistake the sound quality of this title for one of the Music Matters Blue Note reissues…not by a long shot.

Legacy has gotten the packaging down beautifully, with the classic Columbia cover reproduced beautifully (though the notes on the back are a little blurry, and the purists among us may object to the bar code printed on the back). The inner sleeve is shiny paper…no plastic lining to protect this 180 gram LP. For shame. Despite this, the vinyl emerged shiny and unmarred. The red “six eye” Columbia label provides a great retro look and lets us know that this LP is “nonbreakable”. Hurrah!

If you are unfamiliar with Charles Mingus, this album is a great place to start out. If you are already a fan, you undoubtedly already own this album. I’m generally an analogue kind of guy, and if you have an aversion to digital mastering you may think twice before deciding to pick up this LP. On the other hand, for the price it may well be a reasonable deal, since secondhand early pressings of this LP seem to go for silly money on eBay.