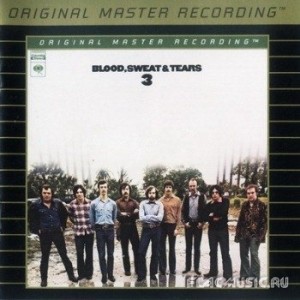 Mobile Fidelity used two locations at the CES show at the Alexis Park Hotel to release its two newest titles on Super Audio CD by Blood, Sweat and Tears and jazz guitarist Jim Hall. Also at the show, attendees got a chance to listen to the first two models in the firm’s upcoming line of loudspeakers and hear about the new Mobile Fidelity Gold CD-R blanks.

Blood, Sweat & Tears 3 SACD Is Available
Super Audio CD fans will be delighted to hear that the long-awaited SACD edition of Blood, Sweat & Tears 3 is now available. Show attendees were able to purchase copies by visiting the booth of Mobile Fidelity’s parent company Music Direct in the music store and record label area of the show at the front of the Alexis Park Hotel. Also on display and available for purchase was the new SACD of Concierto by Jim Hall from Creed Taylor’s CTI label.

Both discs feature a new version of the Hybrid Stereo SACD sticker made by Mobile Fidelity. The new format sticker adds the words “Limited Edition” to the top of the sticker and the Mobile Fidelity web site (www.mofi.com) at the bottom. In addition to being available at the show, they are now available for purchase through the Music Direct web site and will be in stores in February.

The SACDs arrived at the show on opening day (Thursday) but Mobile Fidelity’s Chief Engineer Shawn Britton, who handled the mastering on the new discs, wanted to listen to the final pressed product just one more time before they hit the show shelves. So SACD fans had to wait until Friday for a listen to the discs and a chance to buy copies at the Music Direct booth.

I am happy to report that the new disc lives up to the promise – it is excellent. Mobile Fidelity will definitely move some copies of this one, as well as the very mellow and musical Concierto SACD by Jim Hall. 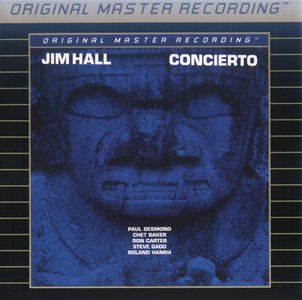 Mobile Fidelity Loudspeakers On Display
CES attendees who visited the Mobile Fidelity room in bulding 24 at the Alexis Park were able to see the prototypes of the two models of the upcoming Mobile Fidelity Original Master Loudspeakers that were announced in December (see linked story below). A pair of the larger model of the loudspeaker series, the OML-2 Towers, was in the room and hooked up for auditioning.

While I was cautioned that the speakers hadn’t been completely voiced yet, I still found them to offer some nice sound for the price. And they offered a good vehicle to get an early show listen to the new Jim Hall SACD mentioned above through the OML-2s and the Teac DV-50 Esoteric Universal SACD/DVD-A player that Mobile Fidelity was using in the room.

Mobile Fidelity Offers Gold CD-R Blanks
Showing that they plan to offer more of their in-studio technology to the public, Mobile Fidelity also announced at CES that they are entering the CD-R blank business. The company’s new 24 Karat Gold Ultradisc CD-R Professional Data Storage blanks are said to be “the definitive CD-R” for music and critical data applications. According to the firm, earlier versions of CD-R blanks often suffer from problems like pits melting incorrectly with 1s being read as 0s and uneven pinholes triggering the CD player’s error correction system making the audio playback inaccurate.

“the superior reflectivity and longevity of 99.99% pure 24 Karat Gold, plus a specialized, patented bonding agent that ensures that the Ultradisc CD-R will never oxidize and fail to output information as many commercially available CD-Rs do.”

The product also features a properietary, patented photosensitive dye which is said to form more precise pits and a 4 level quality control process before it can be sold.

Interestingly the new CD-Rs are designed to work at 1-12X speed versus the higher speeds of newer CD-R blanks. Mobile Fidelity says this is by design since their tests find the most accurate playback occurs with real time burning (1X) and that is the mode they recommend for all serious music and data burning work.

The new product is “tenatively priced” at $29.98 for a 10-pack or $99.98 for a 50-pack. The blanks come in Mobile Fidelity’s lift lock case which is said to reduce wear on the disc. It is an interesting area for Mobile Fidelity and suggests that they are continuing to move their technologies out into the market. A wise approach indeed.