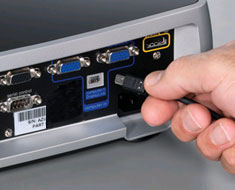 Apparently the pay-TV networks–or at least their top-tier–are expecting that 2010 will be at the very least better than 2009 was.  Not that 2009 was any great shakes, but still, any improvement will always be better than no improvement at all.

It would seem that they’re counting on more people to stay home and watch TV, and they’re not looking to waste their time on the Big Five networks: ABC, CBS, NBC, Fox and the CW.  Seems that cable network ratings have been beating out regular network ratings for the entirety of the Aughts–2009 marked the ninth consecutive year that the cable ratings were higher than those of the broadcast networks.

And considering that even the networks are starting to rethink the whole “free broadcast with advertiser support” model–coincidentally rendering all those new converter boxes and antenna upgrades people bought utterly obsolete should that happen–cable’s got a good reason to feel happy…but don’t rest on your laurels just yet, cable…

…the internet’s coming for you.