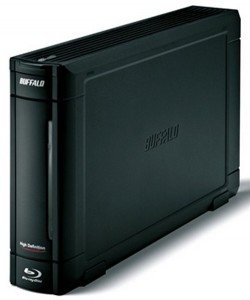 Ever since the Blu-ray came out, we have seen quite a few Blu-ray burners available in the market. But now, we are seeing the incremental release of such Blu-ray writers and the latest is the one from Buffalo with the Buffalo Blu-ray 10X Blu-Ray writers, BR-H1016SU2 (external) and BR-H1016FBS-BK (internal).