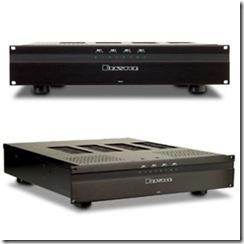 Recently, Bryston introduced its new D-Series 8-channel zone amplifiers called the D-130Z and D-250Z. The company plans to launch four models of the series rated as 90, 130, 250 and 400 watts per channel at 4 ohms.

Both the models, D-130Z and D-250Z feature bridgeable channels, assignable input configurations and independent level controls for all the channels. Bryston D-130Z is capable of delivering 130 watts at 4 ohms. It has four stereo zones that are bridgeable to 400 watts at 8 ohms.

On the other hand, the D-250Z model comes with eight channels of 250 watts at 4 ohms. It comprises four stereo zones that are bridgeable to 800 watts at 8 ohms. Both these new D-Series models have soft-start circuit and gold-plated 5-way speaker binding posts.