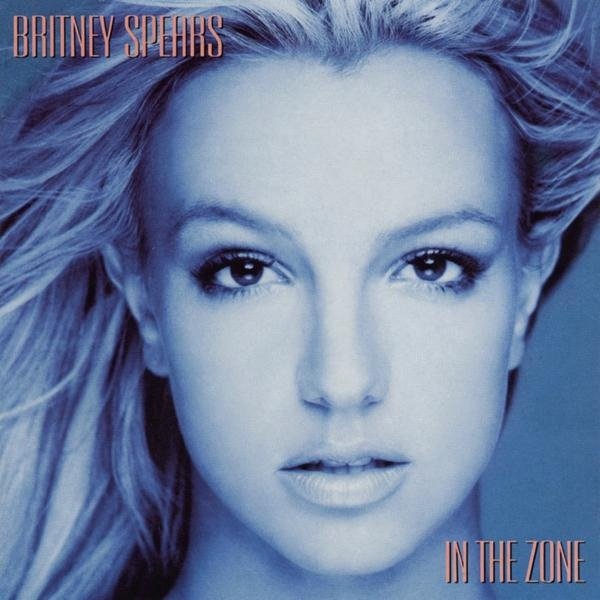 High Fidelity Review recently got a sneak peek behind the remixing of ‘In The Zone’, the new album by Britney Spears, as it was being prepared for a 5.1-channel release on DVD-Audio. The project came to 5.1 Entertainment through the BMG label, marking their fifth collaboration: the first three being 5.1-channel remixes of albums by The Foo Fighters, Outkast and Usher; followed by Britney and R. Kelly titles. “Our contact at BMG requested I handle the Britney remix” said Chris Haynes, chief engineer at 5.1 Entertainment.

The first thing Haynes did is listen to the 2-channel CD until he knew it well.

“I usually start a remix project by taking the work home and listening to it for a week or two,“

“living with the record lets me get familiar with the music itself. I don’t even think about the remix until I start working on it.“

He has often found that listening to the album in its entirety helps him ‘get it’, understanding what the artist and producers were attempting to get across to the audience.

“You can get familiar with each track, one at a time when doing the remix, but sometimes when you’re working on the last song you’ll say ‘Oh, that’s what they were trying to do’, but by then it’s too late to go back and re-do the other songs. Each song is different, but they’re still part of a whole. And the mix should reflect that.“

As with most multi-channel mixes done by 5.1 Entertainment, the emotions of the song dictated the mix. However, this didn’t mean that Haynes had open license to do whatever he was moved to.

“We had a blueprint to match, not a fresh slate,” he explained, “volume relationships had to match the stereo mix. Steve Lunt, Britney’s A&R rep from Jive Records asked for ‘the CD sound’ but in surround.“

It would be Lunt, not Britney, that would eventually be signing off on the final multi-channel mix.

“Steve’s a genius! He’s great at picking material and production that’s a perfect match for Britney’s talents. He knows these songs inside and out. If I’m missing a note or two someplace, he’ll find it. It’s important to him that when people hear the DVD-A, they right away recognize the sound of the CD.“

The working parameters that Haynes was given were multiple yet simple:

“I had to strike a balance between boring – just re-doing the CD mix – and being too gimmicky. It had to sound like the album, but be fun; the way pop music can be when mixed for surround. And since it is pop music, I had to avoid being boring or conservative. But one thing I definitely had to avoid was turning this into some sort of high school science experiment in weirdness.“

Steve Lunt had been particularly emphatic about that last point. As an example of “weirdness”, Haynes played a Neil Young DVD-A for me where all the lead vocals imaged from over my left shoulder. While Haynes considered it daring and interesting (even amusing), I found the gimmick wore off literally after a few seconds; after which the prospect of listening to the entire album this way became intolerable. Haynes must have noticed the expression on my face because he laughed, repeating Lunt’s edict for the Britney re-mix: “Fun, but not weird.” After that demonstration, I understood exactly what Lunt had meant!

To demonstrate what we had been discussing, Haynes fired up his ProTools utility and played some cuts from ‘In The Zone’. Tracks included: ‘Me Against The Music’ (Britney Spears’ duet with Madonna), ‘Toxic’ (her Top 40 follow-up), ‘Early Mornin’’ (from writer/producer Moby), ‘Outragous’ (by R. Kelly), ‘Touch Of My Hand’ (Ms. Spears’ tribute to master… well, think of the Divinyls’ ‘I Touch Myself’). It was immediately noticeable that all the songs came from the same album. As expected, style and production varied with each song, but the multi-channel mix remained consistent without sounding the same from track to track. Most obvious from the re-mix was the impression that this was definitely a pop album: the sense of “fun” that Haynes talked about earlier permeated every track. The soundstage was exciting, with the surrounds coming alive in a way that couldn’t be achieved with matrix decoding of 2-channel material; certainly more exciting (and appropriate) than the conservative multi-channel mixes I’ve heard on many pop-music SACDs.

Since we’d already touched on his mixing philosophy, I asked Haynes about the logistics of the mix.

“I look for interplay between the speakers, not just putting different sounds at different places but actually moving the sound around the listener.“

“with this kind of music you can definitely take some risks, though I don’t know if it’ll win the ‘Most Adventurous Mix’ at the next Surround Music Awards.“

One of the first things Haynes used in creating the surround mix is TC Unwrap.

“It’s a great way to automatically generate a quad mix. I can vary the effect, so I’ll do a couple of passes to get different amounts of material in the surrounds. And that gives me more tracks that I can later use when I want to move some sounds to the rear speakers.“

When it came to source material, Haynes considered himself fortunate with the Britney Spears project,

“some of the songs had so many tracks, even for the vocals, that I could isolate particular sounds and have an easier time with placement. For example: some lead vocal elements were actually on separate tracks from their own reverb elements. Things like that really helped.“

How many tracks is “so many” tracks?

“Well, the production – I’m talking about the 2-channel CD – was 256 tracks. Now keep in mind that some of these contained just a single element, something that would show up once or maybe twice in the entire album. But there it was, isolated on its own track. Of course, not everything was that way, but a lot of stuff was.“

By the time Haynes got the material, it had been mixed down from 256 tracks to a more manageable 100.

Being a modern production, all the material was in the form of digital files. Sampling rate for everything was at 44.1kHz, but resolution varied from 24-bits down to 16. “The first thing we did was upsample all of it to 88.2kHz. We didn’t go to 96kHz because we wanted to avoid the possibility of interpolation artefacts, like aliasing. All the mixing, everything, was done at 88.2 and that’s exactly how it ends up on the final release. And yeah, there are some tracks  (certain elements, not whole songs) on the DVD-A that started off at 44.1/16. That’s what we were working with.”

To drive home his original point about the emotions of the song dictating the surround mix, Haynes contrasted his re-mix for ‘In The Zone’  to the work being done on the Vanguard series of classical music DVD-Audio titles being released by 5.1 Entertainment’s Silverline Classics music label.

“I’ll mix very differently when doing classical. By the nature of the genre, it’s performance driven. I mean, unlike a pop album which is a studio creation, classical music uses a live performance in a concert hall as its reference. So the mix tends to be front heavy, with subtle surrounds – not much more than hall ambience there. Just because it’s a surround mix doesn’t mean you want to wrap the orchestra around the listener’s head.“

While we were discussing this, he played a multi-channel mix of Mahler’s 1st symphony to demonstrate the mixing style used for the Vanguard series. While there was a little more
in the surrounds than I’d been expecting, the mix was as Haynes had described: the performance up front, mostly ambience in the surrounds.

“By the way, for the Vanguard stuff we were really careful with the transfers, going straight from the original analog tapes to 192kHz PCM. We also got a bunch of the best SACDs out there to compare the sound quality. Everyone here preferred the PCM. We listened and compared; some of those discs were direct to DSD and sounded great, but the PCM at 192kHz just sounded better.“

I couldn’t conclude the interview without bringing up certain aspects of home theatre, such as bass management and centre channel usage, and how they affected Haynes’ mixing. After all, most of the people who end up listening to the ‘In The Zone’ DVD-A won’t be hearing it on a dedicated multi-channel music set-up but rather in the same home theatre where they usually watch movies.

Looking at the ProTools display, the traces for the front left and right channels were thickest, closely followed by the surrounds; the centre channel trace looked positively thin by comparison.

“I’ve seen living room home theatres and surround set-ups at friends’ places: they usually have two good speakers up front and a really small centre speaker and even smaller surrounds.“

I could guess what was coming next: no vocals in the centre channel.

“It’s not just the vocals but anything that’s important, I can’t put it in just one speaker. Even with something like a guitar solo, I’ve tried putting it in the centre speaker only and it never sounded as good as when I have it in two speakers. It still images in the centre, but you have more headroom, more dynamic range and you’re not relying on a single speaker for something as important as lead vocals or an instrumental solo.“

Still, Haynes at least has given it a try

“but usually I’ll use the centre channel mostly for specific effects, like if I want a certain sound to trail off in the centre instead of the surrounds.“

His technique for mixing bass was arrived at using the same trial and error approach.

“When the JBL rep was installing the monitors in this studio, he suggested I do all my mixing with bass management turned on. I have an M&K box that can switch the bass management on and off instantly, and I use it periodically to check my mixes. But I don’t mix with it on all the time because I prefer to hear the sound full range in the monitors. It gives me a better idea of how the mix will sound on home speakers.“

Still, Haynes does use an M&K sub to reinforce the low frequencies and monitor the LFE channel. “I won’t put anything much higher than 60Hz in the LFE channel because it starts to become localizable, when what I’m trying to do is make the bass more enveloping.”  To get good low frequency spread and less of that mono-sounding bass, it was suggested to Haynes that he mix the bass equally into all three front channels. As usual, he experimented:

“I did mixes where the bass was in all three front speakers versus the bass mostly in the left and right speakers. When I compared the two, there was hardly any difference. I found out that I didn’t need to spread it to all three speakers; the main two speakers were enough to get stereo bass.“

With ‘In The Zone’ already being a hit on CD, the DVD-Audio release should get some of Britney’s young fans to give the multi-channel version a try. Multiple listenings seemed to have already made a fan out of Haynes.

“The album had great writers and producers working on it, and such a rich variety of styles: dance, hip-hop, R&B, old fashioned pop, even some Bollywood samples. And that’s just in the song ‘Toxic’” he laughed, adding “Seriously though, it’s really a lot of fun to listen to.“

Finally, thanks to Jacqui Chazen, Vice President of Public Relations, for setting up the interview; and a very special thanks to Chris Haynes for his time and patience.