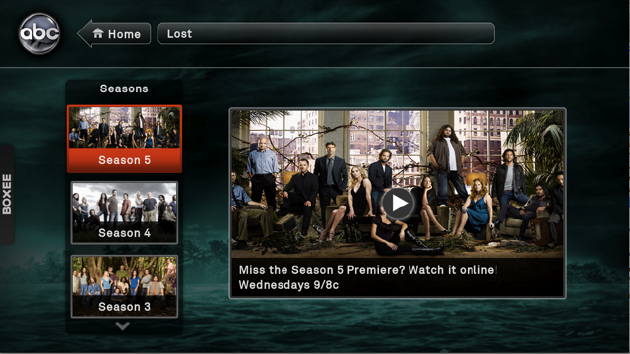 So if you have been playing on your Boxee you might have noticed that it supports now ABC streaming. That means you can enjoy Lost, Grey’s Anatomy, Desperate Housewives, Scrubs and more shows immediately. Unfortunately you have to use Boxee on an OS X system. If you own a Windows or Linux powered system, you will have to wait to get that ABC streaming on it. ABC needs a 3rd party download which isn’t supported at all by Linux users. Probably the near future will bring you that much needed software, so everyone can enjoy ABC. After all ABC wouldn’t want to send potential viewers to NBC, CBS or FOX, would it?