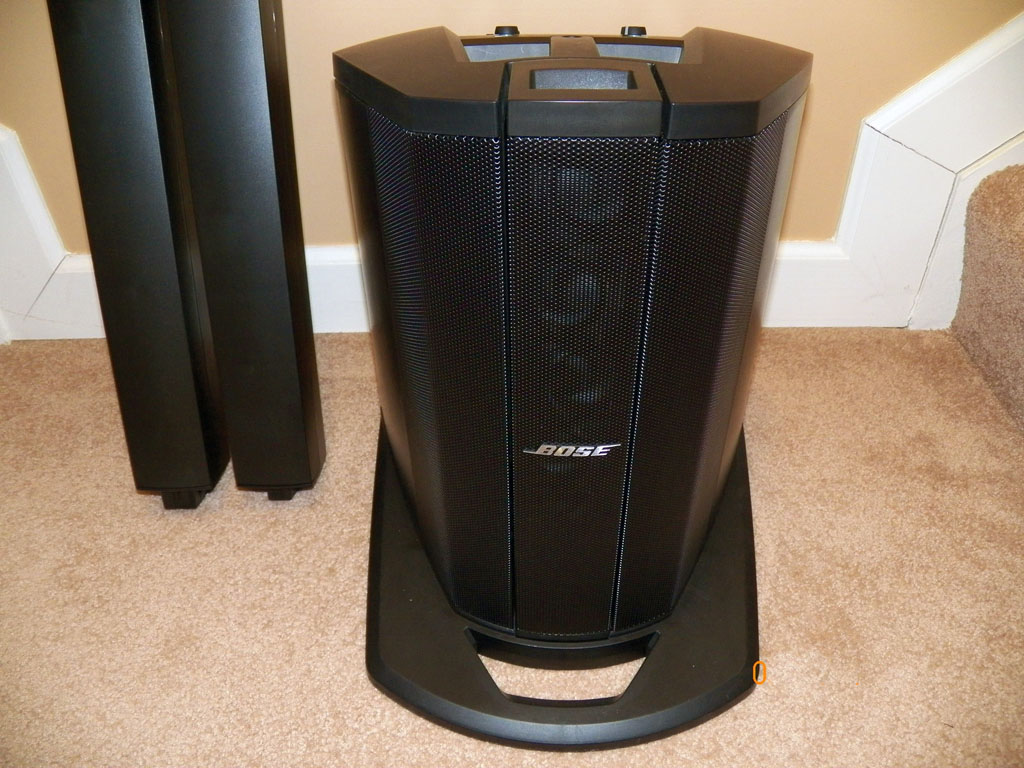 OK, I’ll admit it; I’m a control freak. Aside from lugging around my Mesa Boogie and a Les Paul, lack of control is what turned me off to live playing and mixing years ago (we won’t get into the economics).

But sometimes the artists I work with ask me to help get “the studio sound” during live shows: never an easy task. Recently, I had a few pleasant experiences using Bose’s L1 Model II system that I’d like to share with you.

Although Bose has offered the L1 series of portable and amplified line-array systems for a few years now, I had never actually heard one in use. I knew of several artists who swore by them, but they simply were not on my radar. The one reviewed here, a Bose L1 Model II system ($2,499 street), includes a base unit with integrated power amp, the B1 Bass Module with two 5.25- inch bass drivers, and the T1 Tone Match audio engine for input and control. It has two sections, each with 12 2.25-inch speakers featuring 180 degrees of dispersion with “Cylindrical Radiator and Articulated Array” technology. This basically means you can hear it clearly even when far off-axis.

It’s lightweight, assembles in about 10 minutes 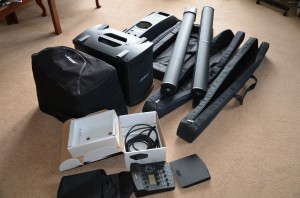 The setup of an entire L1 rig consists of plugging in the top of the cylindrical speaker tower to the bottom stand, attaching the B1 bass module, and plugging in the T1. Done in 15 minutes or less. Seriously. 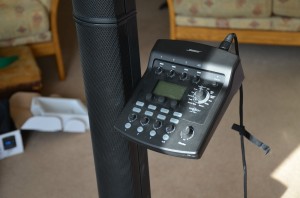 So it’s got ease of use covered, but what about the sound? Damn if this thing doesn’t sound like studio monitors, and, in some ways, even better. My first gig with flamenco guitarist Romero (who also toured with this system in Poland/Europe) featured three independent systems set up by Bose’s Mid-Atlantic territory manager Denis Andelin: one for his guitar/vocal, a second for bass/overhead drums/kick/snare/hat, and a third for congas/trumpet/vocals.

Using an Earthworks SR 20 on vocals and a Godin nylon/MIDI guitar, his sound was pristine. The bass player abandoned his huge Ampeg and plugged right into the T1 with a six-string. It was a no-brainer on that low end; since the system is expandable by adding more subs, we had two subs connected to his. Also, guest singer/songwriter Suzanne Vega plugged in her Taylor direct and sang into the SR 20; it sounded truly fantastic — crisp highs, warm mids, and punchy lows. I was sold on the spot.

Bose also has the L1 Compact system available. More affordable than the Model II (at $999 street), it can provide sound for up to 150 people. In the collapsed position, it weighs only 29 pounds and has two channels — a single XLR mic input on Channel 1 and a 1/4-inch instrument input or stereo RCA and 8- inch stereo input. You can also add a T1 to the rig, or plug in your own mixer. The integrated sub is a 6-inch driver running at 130 watts, and there are six speakers with 2-inch drivers up top. 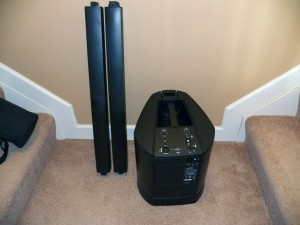 These Bose systems are different animals. They replace your standard PA, mixer, and monitors with a small, compact, pristinesounding setup. Sure, the reverb and EQ are basic and they are intended for small to medium audiences, but they deliver some seriously good sound that makes me want to play out live again. And that says a lot.

Rich Tozzoli is a producer, composer, sound designer, and the software editor for PAR.