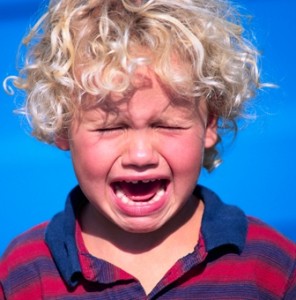 “The next 12 to 18 months are going to be very challenging,” Keyes said. “We are building a multichannel platform approach … [and] at the same time we have brand new competitors (Netflix streaming and Redbox) certainly taking some of the demand out of the market.”

Well, let’s take a look at that little bit of whining to your investors, huh Jim?  Netflix offers convenience and plans you can only dream of, plus a streaming option that expands with every passing day.  Redbox is eating your lunch on price to such a degree that even the studios are freaked out.

But perhaps the best part is when Keyes actually says he doesn’t see the kiosk market as going anywhere because the studios don’t like it!  Oh man…we’ve been over this path a few times here and we all know that Redbox is chewing up Blockbuster and spitting it out despite what the studios think.

This may be an excellent explanation of why Blockbuster is getting beaten like a rented mule in the marketplace–because they’re too concerned with what the studios think, as opposed to the customer.  The customer wants convenience, a wide availability of product and low prices.  Netflix and Redbox are both supplying these wants far better than Blockbuster, who’s apparently concerning itself with the long term stability of the industry as evidenced by stuff like this:

“I don’t think [studios] want to spend $400 million to make a movie like Avatar and then see it go in the all-you-can-eat buffet after 30 days,” Keyes said. “[They] are going to want to monetize it on an individual title-by-title basis as best [they] can.

Jim, none of that matters.