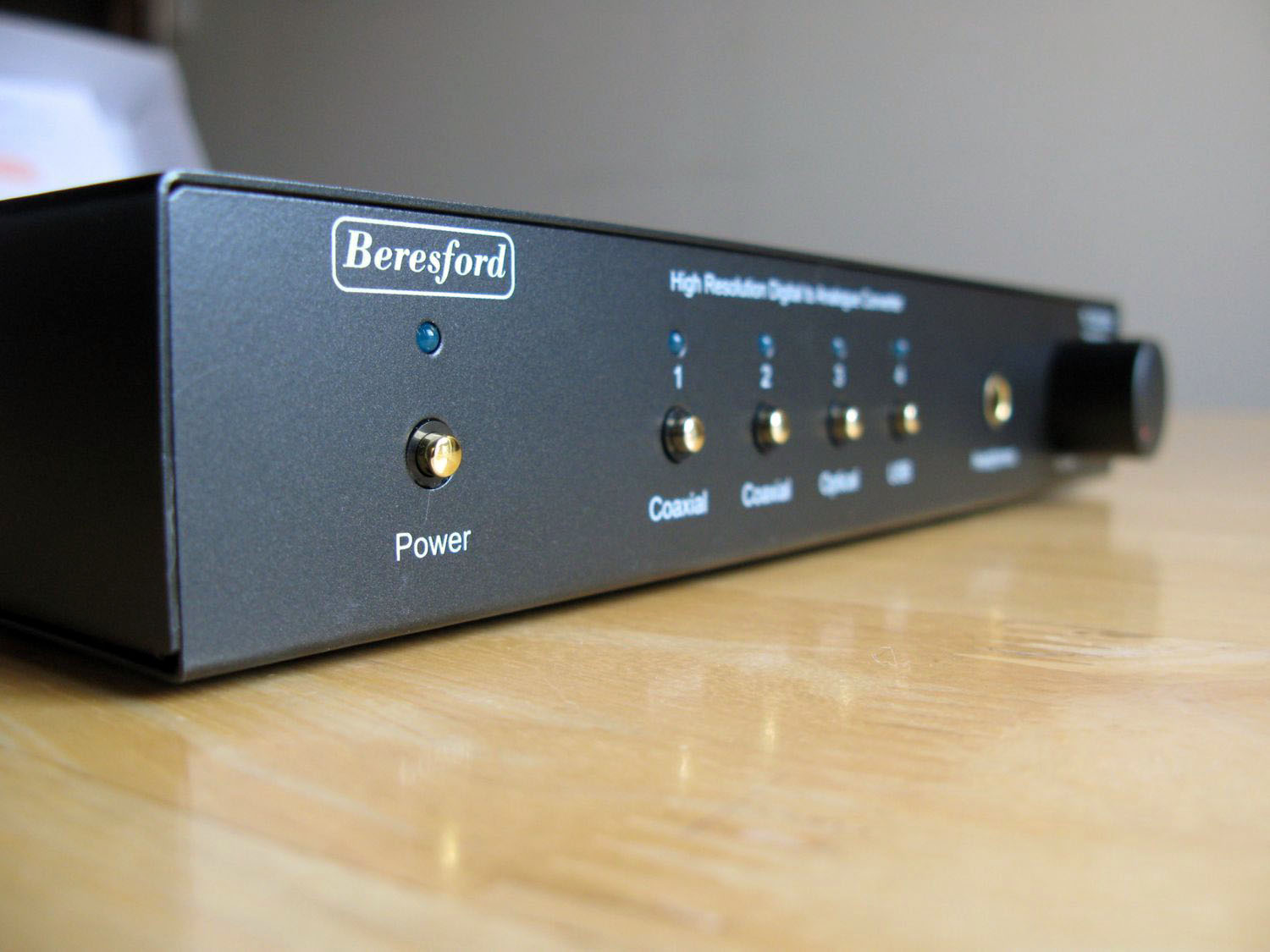 There is an audiophile rule being broken here. We all know that the more functions you cram into a little box, the less impressive the performance from that box will become. Just look at the lowly AV receiver (combining preamp, amplifier, tuner, and sometimes a DAC) that has become ubiquitous, and so rarely satisfying. It is kind of like the minivan equivalent in the audiophile world. You can have the handling of a truck with the cargo capacity of a car…or was that supposed to be the other way around?

Every audiophile knows that you need lots of little boxes to make a good system, each one with its very own job. Get into the serious high-end stuff and each little box gets its very own little box too, at least in the case of outboard power supplies. But there are two revolutions going on here, both at the same time. Multi-functional boxes (even all-in ones) can actually perform very well, and provide cost effective, space-saving solutions, even for those of us who actually listen to our music. Just look at the recent success of such systems by Arcam and NAD. 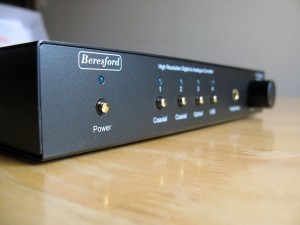 The second revolution is the rebirth of the digital source. First, there was the CD. Next, came the widely failed highres audio formats also packaged/delivered on the silver disc. Now that people are using a wide variety of digital sources for their music (CD player, DVD player, computer, Squeezebox, Sonos, etc.), a device that actually makes these devices sound like music becomes extremely valuable…even popular.

The DAC market is on fire right now. A few short years ago, these little boxes were widely seen as superfluous, even by the audiophile. Now, it is hard to find someone serious about listening who does not have (or at least has not seriously considered buying) an outboard DAC. The DACs that have caught the market’s attention are often quite complicated devices though. Consider the widely popular Benchmark DAC1, that combines a DAC, headphone amp, and offers variable output to both XLR and RCA outputs, allowing it to be used as a preamp too. It is a three-in-one product, and widely popular one to boot.

Two issues ago, I presented a mini-shootout of some budget DACs that have similar features to the Benchmark (DAC, volume control, and in two cases, a headphone amp). The contestants were the CityPulse 7.2X, Musiland MD-10, and Zhalou 2.5. In most respects, I preferred the Musiland MD-10, and it has remained in my system since then.

Following the publication of our April issue with the DAC shootout, I received a note from one of our readers here at A$$A (thanks Dan) suggesting that I review the Beresford TC-7520 DAC/preamp/headamp, as it shares similar features and prices with the other contenders. Very shortly following an email to the USA distributor, my review sample arrived (thanks Jeff Tomerlin). My initial reaction; I was under-whelmed. This unit is really quite small, and I know better than to assess audio “by the pound”, but I must confess, when I saw the “wall-wart” power supply, I muttered to myself “this thing does not even have a real power supply”. The chassis won’t exactly impress your friends or significant other in quite the same was as gear from a company like Jeff Rowland, but nor will it horrify those same people with the price tag. The Beresford DAC costs a paltry $249 delivered! Besides, let’s not spend too much time judging the product before actually listening to it.

Right out of the box, the sound was OK, but nothing to get terribly excited about. I placed it in my computer-fed system, consisting of a PC source with the coaxial digital output feeding the Beresford TC-7250, using the fixed RCA outputs to connect to a Rotel RA-980 integrated amplifier (100WPC) driving Jungson BD-2 speakers. The sound was reasonably clear and dynamic, but quite bright, with a pronounced midrange. Bass control was somewhat difficult to assess at first. There seemed to be plenty of bass energy there, but it was not particular well controlled or defined in pitch or tone. Then I left the DAC on for a couple of weeks, where it busily decoded the signals from my computer, waiting for another critical listen. After this burn-in, things had improved quite a bit. The brightness was considerably attenuated, although not entirely gone. The midrange had recessed a bit, but was still quite forward. If anything improved markedly during burn-in, it was the bass control and bass definition. There was not any more bass, but what was there was better defined.

In an effort to test the Beresford a little more seriously, I swapped out the trusty Rotel and inserted my Kavent P1100 tube hybrid monoblocks (also 100 WPC), and connected them to the variable output of the Beresford. I was not expecting much from this configuration, but was seriously impressed with the result. Sure, the amplification was far superior from the Kavent monoblocks, but the little Beresford did a heck of a job as a preamp. The soundstage was huge, at least in width (soundstage depth was a little shallow). The bass was punchy but not boomy, and much of the harshness (but not all of it) of the treble was gone. Even the ergonomics were good. When I initially saw the little black volume knob, I thought it would be a typical cheap, imprecise, and scratchy pot. These are quite common at this price point, and in devices like the Zhalou 2.5, the volume pot is a real weakness. Not so with the Beresford. It did a remarkably balanced and smooth job of volume attenuation, and “felt” quite good. In further contrast, the push-button digital volume control of the Musiland MD-10 is a real pain to use compared to the smooth analog knob on the Beresford.

The time had come for the critical test – to compare the Beresford in my larger reference system up against the similarly priced competitors that I had on hand – the Musiland MD-10 and the Zhalou 2.5 (I no longer have the CityPulse 7.2X). The DACs were fed by the coaxial output of a Logitech Duet Squeezebox, and the analog signal from the fixed outputs fed my Jungson JA-2 preamp connected to a Jungson WG-200 poweramp (200WPC) driving Usher Be-718 speakers. Bass was supplemented using two Paradigm PS-1000 subwoofers.

Comparing the $249 Beresford TC-7520 to the $250 Zhalou 2.5 DAC, there was no real competition. Sure, the Zhalou looked to be a good competitor, with a much more substantial chassis in on-board power supply, but sonically it could not compete with the Beresford. Next up was the $399 Musiland MD-10. I have grown quite annoyed with my Musiland MD-10. I bought it for a second system, but it just keeps on murdering any DAC that comes into the house, no matter what the price. $1000 AudioZone DAC1? Gone. $600 Music Hall DAC 25.2? History. Would the plucky little Musiland finally meet its match? 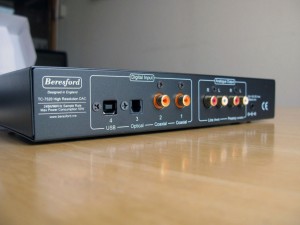 Yes. Comparing the two was a bit tricky because the Musiland is considerably “hotter” from its RCA outputs, probably providing close to 3V RMS without any digital volume reduction, whereas the Beresford puts out 2V RMS. After some careful volume matching, some important differences emerge. Many dimensions favoured the Beresford, including soundstage width (but not depth), image focus, micro-dynamic contrasts, midrange presence, and bass control. The treble was still a bit harsh through the Beresford, whereas the Musiland MD-10 presents a smoother, more refined (but perhaps less detailed) sound. In terms of ergonomics, there is no comparison. The digital display with menus and submenus on the Musiland MD-10 are pretty cool to play with, but if you just want to turn a system on and listen to music, the much simpler Beresford is certainly preferable. If you are considering using the device for double-duty as a preamp, the ergonomic advantage of the Beresford becomes even more important. Curiously, the Beresford really did not like being cold. Right after startup, the sound was much less engaging. Leave it on for a few hours, and the dynamics and soundstaging really improved. Don’t tell any of my “green” friends, but once I discovered this, I left the
unit on all the time. 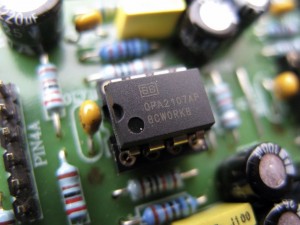 There were two important tests of the Beresford TD-7250 that I could not complete to my satisfaction. The first was comparing the sound of the USB input to that of the coaxial inputs or the optical input. I generally avoid using USB connections, mostly because those ports tend to be much less “quiet” than coaxial or optical outputs, for technical reasons that are both too complicated and boring to detail here. To try to control the potential sonic damage, the Beres-ford actually has two distinct re-clocking circuits. If you are interested in relying heavily on USB output to a DAC, the Beresford is presumably less susceptible to some of the digital artifacts that plague USB connections. My main system is not close to a computer, and I stream music to it wirelessly using the Logitech Duet. I did try to compare the USB to the coaxial input in my second system (Rotel integrated, Jungson BD-2 speakers) and I could not hear a reliable difference. I still suspect that the coaxial input is better, but one needs a fairly high resolution system to enjoy the difference.

I would love to be able to offer you a competent review on the Beresford’s performance as a headamp. Unfortunately I don’t have a good set of headphones, because don’t usually care to listen to music that way. The buzz on the headphone forums is actually really good, although some of the really serious headphone listeners have also taken to modification of Beresford products. Because the op-amps are socketed in the 7250 (like the 7150), they are easy to swap out, just as long as you don’t mind voiding your warranty in the process. While there are some very enthusiastic success stories about these modifications in the forums, I think the unit is outstanding in its stock condition. If any of my home renovation projects have taught me anything, it is that sometimes things are best left alone.

This is an admirable product, with many virtues. On the practical side, it offers 4 digital inputs (including 2 RCA inputs), which is fantastic for people with multiple digital sources (such as a DVD player, cable box, DAB tuner, Airport Express…). The unit has two sets of RCA outputs, and depending on your configuration, you could even make use of both at the same time. In terms of sound quality, it is the best DAC I have heard under $1000. Once into four-figure territory, you can choose a balanced DAC that offers XLR outputs, a lower noise floor, and better retrieval of detail. However, for $249, this product is a very easy recommendation. The distributor even offers a 15-day trial period, so you don’t have to take my word for it! Highly recommended.