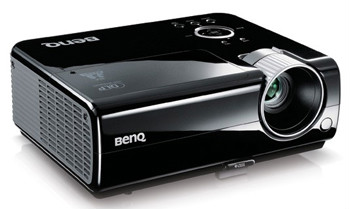 Seems like Japan is getting all of the fun as of late – first the Nintendo 3DS hits Japanese store shelves, then Toshiba announced the dual-core processor touting Z2 LED HDTVs and now BenQ has came forth to announce that their MW512 projector is now available in the Land of the Rising Sun. Luckily, it doesn’t seem as if the rest of the world will be missing out too much with the MW512 featuring a 1280 x 800 WXGA resolution, 4,000:1 contrast ratio and 2,800 ANSI lumens. ON the port side of things the MW512 also features HDMI, component, composite, s-video and dual RGB. While there are audio ports included, BenQ was also nice enough to throw in a built-in speaker.