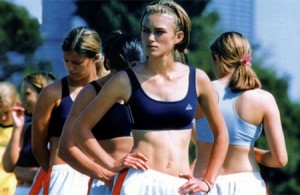 Something unprecedented has taken place, and it is an excellent start for the new year.

North Korea has just shown the first Western commercial film ever in its country. Granted, I would have picked another movie to begin their journey into great Western film, but Bend It Like Beckham, is pretty good.

It also deals with some non-government sanctioned topics like homosexuality. Yeah, I guess it is a new world.