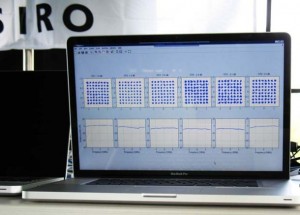 I’m not certain what the official acronym is for this organization, but Austrailia’s Commonwealth Scientific and Industrial Research Organization is testing wireless broadband tech using existing TV antennas.

The laptop screen that you see in the picture is of six users sending data at the same time from a system called Ngara. It works by simply putting antennas on existing TV broadcasting towers and then transmit wireless broadband to households.

The first uplink was a success, however, it will be a while before getting stuff downloaded through TV antennas is a hit.

This is clearly the future as cable TV is probably shifting the way of the Internet.