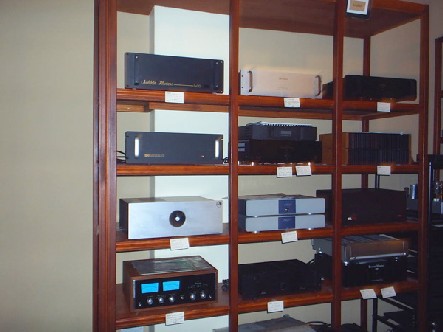 For years I have teased my wife about how much effort she expended preparing to shop. Now granted, she is a Professional Organizer. But still, the time spent laying the foundation for a shopping adventure seemed downright silly. Then, I got the itch to upgrade my audio system after an amazing 15 year run.

At first, I just wanted to re-acquaint myself with brands, statistics, and terms. I began where I had left off by perusing the audio equipment I had grown fond of in the wonderfully chaotic world of eBay, and later, the refined spaces of Audiogon. Names and numbers I hadn’t heard of in eons jarred my memory. Then came new names and designs, I felt as if I had ignored an old and dear friend. I knew that I was wholly unprepared to purchase, I needed to reawaken my auditory perception/ recognition. Below, is the regimen that led me to a successful upgrade.

Step One: Get back to “critical listening”, the concentrated analysis of picking out the good, the bad, the euphoric, and the downright painful passages of recorded music. This means going thru virtually every piece of music you may own. Don’t be surprised at how terrible some recordings sound from the 1980’s. One artist, whose album won a couple of Grammies comes to mind as sounding horrifically compressed. Then again, some absolute gems appeared that you had no memory of sounding so good.

Step Two: Visit your area dealers; find out what kind of business they operate. Are they friendly to the serious audio shopper? Is there a sense of passion towards audio equipment? Are the sound rooms setup like a typical home, or modified to the point of unrealistic perfection? Do they encourage direct in-store comparison to your current equipment? Finally, are they willing to be patient that it may take several listening sessions before purchasing?

Step Three: Select a handful of cd’s and spend several days listening to just those selections. Try to select specific passages and listen for items such as: fingers sliding on the guitar strings, breathing, straining of high frequencies, anything out of the ordinary. Day after day listen for the subtleties, train your ears to discern the specific reason for the flaw, if possible. Write down what you hear, and save it for later.

Step Four: Back in the 1980’s when I sold low to mid-fi stereo equipment I kept on hand several cassettes (metal) of all types of music recorded from my trusty Harman Kardon deck. Using metal tapes was my way of tweaking the sound to get the most favorable reaction possible. Nowadays, virtually most any speaker shopper can do the same thing. All one needs a computer with a CD-RW burner and by copying your favorite songs from your own personal library you can create a demo disc encompassing the variety of music you enjoy. In my own case, that involved a couple of acoustic guitar songs, followed by Joe Jackson’s “Cha-Cha Loco (Body and Soul), James Taylor, Donald Fagan, Phoebe Snow’s “Something Real”, Dan Fogelberg, George Winston, Melissa Etheridge, Spyro Gyra, Pete Townshend, and Aaron Copeland.

Every track should have both an overall musical quality, and a specific passage that you can recognize as a critical sound reproduction point. I went so far as to bring along a note pad reminding me of the absolute impressions I had with my current speakers. This may sound like overkill, but I found it had a tendency to keep the salesperson quiet, so I could listen in peace.

Step Five: After doing the initial auditions, join a couple of audio chat rooms. The variety and experience of audio enthusiasts is both refreshing and inspiring. It used to be that having a conversation with another stereo fanatic was limited to the occasional party conversation. Nowadays, it is a virtual guarantee that anyone can find a post discussing his or her specific interest. For myself, it was more a much a confirmation of what my retrained ears were hearing than a college dorm stereo war.

Step Six: To some, audio equipment reviews are nothing short  of religious truth, to others, selfserving sanctimonious snobbery. I take more of a middle ground, a thorough conversation about a product. After all, no matter who the reviewer is, they are writing because they have a passion for audio equipment. 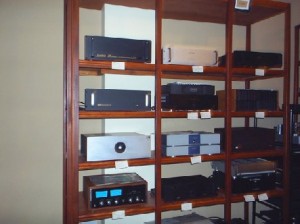 Step Seven: The final step involves direct auditioning. This usually requires an independent dealer, as the chains rarely approve of bringing in equipment. Besides, independents are the life-blood of quality audio equipment. In many cases they enjoy comparing as much as the customer does. I have been lucky enough to find a number of shops in the Portland, Oregon area. A personal courtesy I made was to come in on a weekday, when the shops were less crowded. It made it much easier for the sales staff to work with my desire to compare what I owned versus what they carried. It made the entire process (2 plus hours on average) far more enjoyable and focused. In addition, having a demo CD made the sales staff’s life much easier. I was given the remote and was able to swap tracks at will. The only down time was the few seconds in swapping cables between equipment. The down time may seem to be make for a difficult direct comparison, but having spent the time to train my audio perceptibility it wasn’t difficult to pick out the differences. In the end, the most important thing is to relax and enjoy the pursuit. After all, the opportunity to compare equipment is a joy that takes but a short time, but is remembered for ages.