In 1986, record industry veteran Marshall Blonstein founded DCC Compact Classics and led that label as its President up until a year ago. Now Blonstein is back with a newly formed audiophile label named Audio Fidelity.

Blonstein says he missed the audiophile market and is very excited to be returning to it via Audio Fidelity. To kick off the new label, Blonstein will be releasing a series of Classic Jazz and Pop titles on Hybrid SACD starting next month.

The discs will be part of the «Classic Jazz Series» (jazz titles) or «The Legends of Rock and Roll Series» (pop/rock titles).

Starting the Audio Fidelity Label
Blonstein enjoyed his time at DCC Compact Classics and cited this as his motivation to start the new Audio Fidelity label.

According to Blonstein «I know this market. Audiophiles have great equipment and they want great music. That’s what Audio Fidelity is all about.»

Blonstein and the Audio Fidelity staff researched the various audiophile formats available today (24K Gold CD, Vinyl LP, Super Audio CD and DVD Audio) before deciding on a direction for the new label. After analyzing the choices, they decided to launch the label with a series of Hybrid Stereo SACDs.

Early next year, Audio Fidelity plans to issue some titles on Vinyl LP as well as taking a look at some Multichannel/Stereo Hybrid SACDs later in the year.

Blonstein also showed that he’s a «hands-on» record man last week when he went to Sonopress in Gьtersloh, Germany to personally inspect the Hybrid SACD pressing plant. Audio Fidelity’s initial Hybrid SACDs will be pressed at Sonopress shortly, so Blonstein wanted to take a look at their setup.

Blonstein told me «We want to shake up this market. By offering classic jazz and pop/rock titles on SACD at $15.98, we’re going to create a lot of excitement in the audiophile world. Hybrid SACD discs give us the ability to provide a high quality CD listening experience on the CD layer of an SACD disc along with very high quality sound on the SACD layer when played on an SACD player.»

The First Set of Releases
The first 4 Hybrid SACDs that will carry the Audio Fidelity label have already been prepared by ace remastering engineer Steve Hoffman and are now at the Sonopress plant awaiting pressing. If all goes according to plan, they could be available for purchase by mid-October. Here’s a look at these albums:

Audio Fidelity says this will be the first audiophile disc to bring together all of the Zombies Greatest Hits, including «She’s Not There», «Time of the Season» and «Tell Her No».

This album by Mel Torme was recorded with a Symphony Orchestra conducted by Christopher Gunning. It also features Phil Woods, Barry Miles and Gordon Beck.

Buddy Rich, considered the best jazz drummer of all time, teams up with a «dream band» on classic titles like «Birdland: and Bud Powell’s bop classic «Bouncin’».

The album was recorded live at the Red Onion in Aspen, Colorado in 1968.

The Second Round of Releases
After the first 4 Audio Fidelity Hybrid SACDs are on the market, 4 more will be released. The target date for these releases is late November. Again, all 4 will be remastered by Steve Hoffman.

Showboat
by The Kenny Dorham Quintet
(Audio Fidelity AFZ 005)
According to Audio Fidelity, the reissue of the 1959 album «Showboat» on SACD has already generated considerable interest by audiophile jazz fans. Steve Hoffman says that «Kenny has always been one of our favorite horn players. This album will show why!»

Another jazz favorite from 1959, this album features Sonny Clark on Piano, Max Roach on Drums and George Duvivier on Bass.
The album will be remastered directly from the original three track session master tapes. Audio Fidelity says that this 13 track album will include both session outtakes as well as the original tracks.

This album features Tommy Turrentine and the Max Roach Quintet along my Tommy’s brother Stanley Turrentine. Steve Hoffman says that this SACD will be «an amazing sounding album from 1959, remastered direct from the original stereo master tapes.»

Greatest Hits will feature 16 of Ritchie Valens best known songs including «La Bamba», «Donna», «Come On Let’s Go» and «Ooh, My Head». Unlike the previously mentioned Audio Fidelity SACDs (which are all Stereo SACDs), this one will feature mono sound on all of the tracks.

Steve Hoffman comments: «When Ritchie died in the February 1959 plane crash that also killed The Big Bopper and Buddy Holly, the world mourned. Such great talents gone forever. Well, Ritchie on SACD is going to reproduce the warm sound of Ritchie’s original master tapes to perfection. Wait and see!»

More Releases in January
In addition to the 8 initial releases, Audio Fidelity is already at work for some releases for 2003. The first two will be SACDs by Bob James and the Everly Brothers. These two are due out in January 2003. That will be followed by a blues release on SACD by Brownie McGhee & Sonny Terry.

Bob James In Hi-Fi
Bob James is best known as the composer of the theme to the TV Show «Taxi». But he’s also a well known jazz artist. James owns all of his recordings through the Tappan Zee label. Audio Fidelity is working with James to select his favorite cuts and bring them to audiophile SACD disc on this upcoming release.

The Everly Brothers Best
For this upcoming SACD, Audio Fidelity goes back to the vaults to get the original Cadence Records recordings by the Everly Brothers. The album will feature many Everly Brothers classics including «Wake Up, Little Susie», «Bye Bye Love», «All I
Have To Do Is Dream», «Bird Dog», «Till I Kissed You», «When Will I Be Loved» and «Let It Be Me».

More to Come
Once the January 2003 releases are complete, Audio Fidelity plans to release additional SACDs in groups of two or three albums every month or two during 2003. I’m sure that will be something that audiophile, jazz and pop/rock fans will be looking forward to in the months ahead.
The advance sheet for the first 4 Audio Fidelity SACD releases — due out in Mid October 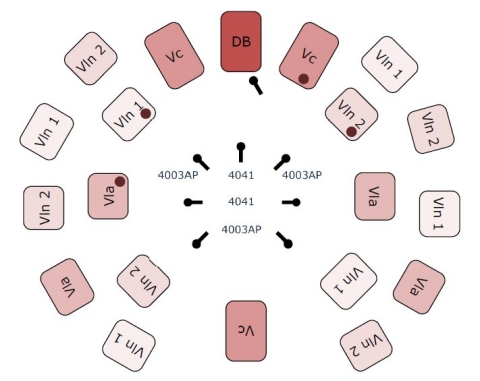