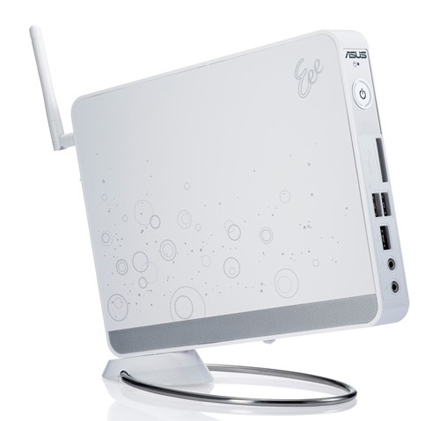 We’ve been pondering the use of one of ASUS’ EeeBox PCs as a home theater PC ever since December of 08. However, until now the hardware’s specs haven’t been good enough to justify its use in the home theater, that is, until the EeeBox EB1012 was announced.

This device will feature a dual-core Atom N330 processor, a NVIDIA MCP7A ION GPU, 2-4GB of DDR2 ram, a 250GB hard drive, WiFi, Ethernet, an eSATA port, 4 USB ports, a SDHC card reader, a 5.1 audio jack and most importantly an HDMI out port.

So yes, given the above specs this computer will be able to handle 1080p video without breaking a sweat. Too bad ASUS has yet to say anything in terms of a release date or price point, bummer.