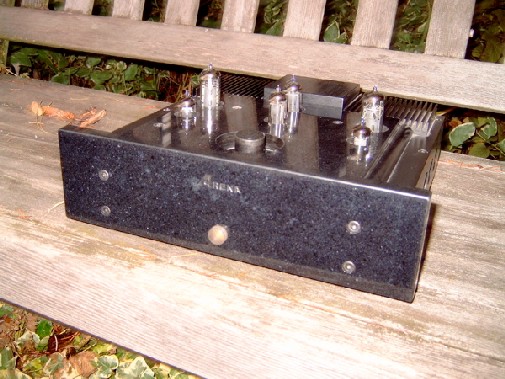 The Arena tube amplifier looks like something Darth Vader would keep in his apartment onboard the Death Star. The front faceplate is made of One of the great misnomers in audio is that power trumps all. Those who have delved into the SET amplifier world are more than happy to prove otherwise. They will argue that it’s all about matching impedance efficiency, electronic matching and speaker cabinet design. Over the summer I had my experience with low wattage high fidelity amplification. The general result, I’m fascinated to say the least.

Wikipedia, for better or worse explains SET amplification as: “In a singleended triode (SET) vacuum tube electronic amplifier the entire audio signal waveform is amplified by the power triode, in contrast to pushpull amplifiers where two output tubes work together in phase opposition. Small-signal audio and radio frequency amplifiers are single-ended by default, with the exception of balanced amplifier stages. Thus, in practice, the term single-ended triode amplifier applies only to output stages of audio power amplifiers, notably those employing directly heated triodes (abbreviated to DHT SET).”

Each amplifier is hand built by the noted Chinese designer Aren. The process takes from three to five days depending on the model and whether the needed parts pass his ini-tial inspection. Once building is completed, a handful more days are spent in testing, adjusting the amplifier until it meets Aren’s personal satisfaction. 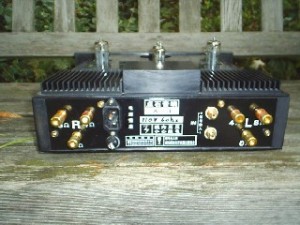 The Arena tube amplifier looks like something Darth Vader would keep in his apartment onboard the Death Star. The front faceplate is made of marble with the Athena name engraved across the center. Just below is a single florescent button for power. On the top are three pairs of tubes in left and right channels. The tube compliment consists of two of each of the following: 6J1, 6P1, and 6Z4J. Located front and center on top in front of the tubes is a recessed volume control knob. The backside writing is almost exclusively in Chinese, but since we’re not talking of an A/V receiver don’t panic, it’s not a problem figuring out were things go. Besides, who really reads the fine print besides legal types? The right side consists of positive 8 and 4-Ohm speaker binding posts with the negative post located below. The left side is arranged in the same way with the addition of the RCA inputs.

The Sound of Arena X-3

Since the Arena is just three watts per channel I was initially worried that my stable of speakers may not make for a good review. Before I sent of a panicked email to Echo Audio I selected my most efficient speaker, the Totem Mites at 8 Ohms and 88db. I was truly surprised by the results; the Arena handled the Mites with ease. Not just music, but full reproduction, including a robust bass response.

Intrigued by its fullness, I immediately wanted to challenge the Arena’s bottom end. I pulled out Donald Fagan’s Morph The Cat, with it’s deliciously varied bass frequencies. From string bass, to the bass drum the Athena rose to the challenge and produced authoritative low frequencies. I’m not talking teenager car thumpers, but a pleasantly forward punch. What about the rest of the frequencies you ask? They weren’t overwhelmed by the bass at all; ambience and tonal qualities were present without being forced into the background. 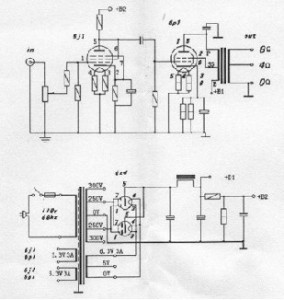 When equipment surprises me, I have a tendency to seek out music that I haven’t listened to in some time, not just for freshness, but more importantly, because it usually involves melodies and rhythms that require the listener to be in a certain mood. With the Arena, I went straight for my collection of rock from my high school and college days some twenty plus years back. Picking out Foreigner’s fourth effort “4”, I knew that it would be a serious test of the Arena’s ability to play rock and roll. The anthem “Juke Box Hero” with it’s combination of power and subtleties requires equipment to strike notes quickly during intense points, then quickly move into a quieter section.

Arguably the most difficult test for any equipment is complex symphonies. It has been noted over the years that some manufacturers avoid having such music on hand during shows, as it exposes easy to spot weaknesses. Having been the recipient of a Mozart cd by an anonymous parent at my school, I felt it would be an excellent test, as Amadeus loved all instruments. Playing through the various pieces late one night with the lights off was an absolute treat. The various instruments didn’t sound as if they were coming from the orchestra pit, but from a large stage. It was quite enjoyable to pick out placement with such confidence.

Complaints or issues you ask? Only one, and its trivial, the volume knob on my sample didn’t have a smooth rotation that I have come to expect. It was more of a two stage. What I mean is that a hard turn increased the volume in a noticeable jump, whereas a light touch made for slight adjustment, just something that I had to be conscious of when adjusting the volume. Its rotation was a bit warped. One caveat about tube amplifiers in general, I usually find myself having to reseat the tubes at least once. In the case of the Arena, I noticed an unwarranted level of noise between songs, after pulling the tubes out (after cooling down!) and plugging them back in, the noise disappeared.

There is something incredibly elegant in simplicity, the Amish with their furniture, an Armani suit, looking east across a Kansas wheat field at sunset, and finally, the beauty of a well-laid out electronic design. The Arena X-3 tube amplifier fits this criterion perfectly. It’s a combination of form and function, with a touch of oriental beauty. The sonics are typically tube warm and inviting. The ability to power typical 8 Ohm speakers, especially towers without strain at normal volume levels, is outstanding.

The opportunity to experience a true, hand built, non-assembly line product is something every audio enthusiast should experience at least once. There is something intrinsically satisfying knowing that a single craftsman labored, not only in the construction, but more importantly, in the “tuning” of the piece. The Arena X-3 tube amplifier is a reminder of the true passion of builders in the audio world.