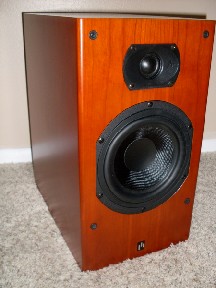 Internet-direct audio companies are either evil or a blessing depending on whom you ask. Now I love brick and mortar mom and pop shops and over the years I’ve tried to support them in whatever field of retailing before submitting myself to the obnoxiousness of big boxes. The economic purging of such businesses, especially audio has left consumers all the poorer for it. With fewer storefronts, many upstart manufacturers had little choice but to go the Internet-direct route. The beginning of this decade was a definite shake down period as how to make this type of marketing work. By all accounts on the various audio forums Aperion Audio has found success and respect.

I’ve lived about 10 minutes from Aperion Audio’s headquarters for several years now, but never visited. Aperion is proud of their Portland, Oregon roots, but doesn’t broadcast it locally. It must have something to do with their very calm philosophy. In doing some research on the forums about Aperion Audio, those who have visited their offices, or dealt with staff on the phone all seem to describe a very calm, efficient, friendly, and relaxed atmosphere.

The Aperion Audio Intimus 6B monitors are the second generation of the 6 series. The original 632’s received solid praise from the review community, including A$$A. The new model is just that, new. Fresh drivers, and crossovers were designed to improve upon all areas of the previous model. Only the cabinet and binding posts stayed the same. The 6B’s come double-boxed, with a liberal amount of Styrofoam packing, along with plastic bag over velvet drawstring sacks. The real cherry veneer is stained in a gorgeous medium reddish oil with light sheen clear coat. The Intimus 6B’s are a full-size monitor at 15 inches high and 12 inches deep. The 1-inch HDF construction creates a heavy and very solid cabinet.

Aperion Audio speakers are a part of the current majority design in using a port. In the case of the Intimus 6B’s the port is located on the backside, about halfway up. Just a single set of nice quality, though a bit small, binding posts are provided. The grills remove easy enough, though I’m guessing that most owners will leave them on, as the monitors look quite nice with the less than full-length grills. 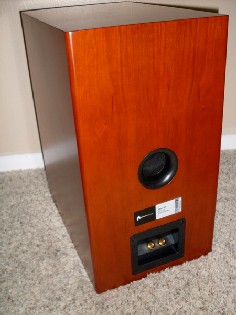 Both the 1-inch silk dome tweeter and the 6.5-inch fiberglass drivers are new for the redesigned 6 series speakers. Last spring the Intimus 6B’s appeared in a monitor comparison article in A$$A, and it was noted by the writer that the 6B’s high frequency output had improved along with more definitive bass over the previous 632’s. Changing drivers doesn’t mean that Aperion Audio changed it’s signature sound, it’s still quite European, but with a greater hint of the new world.

In preparing for this review I took notice of the 82db efficiency rating and realized that if I was to get the full capability of the Intimus 6B’s I needed to borrow more powerful amplification. My Cambridge 540v2 integrated amp did fine with the 6B’s at low level since they are 8 Ohm speakers, but lacked the horsepower to really push the 6B’s. With the help of a coworker, I matched up the 6B’s to an Adcom GFA 5400 amplifier and the Adcom GFP565 preamp. But only after spending a week with the Adcoms and my reference speakers to gain some experience. I’m glad I did, as the difference is tremendous.

Bass frequencies with the Intimus 6B’s came to absolute life with the Adcom amp. One could feel the room pressure change above 85db. The tight slam of “Tom Sawyer” from the rock band Rush as the song rolls into the chorus is ear opening. It’s not the forward impact of typical North American speakers, instead it is more of a surround effect. The Intimus 6B’s are not nearly as reticent as B&W’s by any stretch, but they do remind one of many Euro-pean brands. It’s the detailed notes that impressed me. The 6B’s are distinct in this regard, offering something that many monitors in the under $1k price range lack the ability to recreate.

I was quite impressed by the high frequency capabilities of the Intimus 6B’s. I’ve always been a bit partial to the sound of flutes and piccolos by way of an old girlfriend. The upper reaches of those instruments make a tweeter prove it’s worth. The flute work of Tim Weisberg encompasses a variety of techniques, the track “Kei’s Song” from Undercover offers a smooth and distinct melody. Weisberg plays with both long and short notes and breaths in the track. The result on the Intimus 6B’s is a natural presentation that belies it’s $700 a pair price tag.

The other instrument that I like to challenge a speaker’s high frequencies is the snare. Especially when a brush is used. The most famous recording is Vince Guaraldi’s “Skating” made famous in the Peanuts Christmas cartoon. Budget speakers have a tendency to make this particular percussion sound quite scratchy rather than soft. Once again the Intimus 6B’s played well above their price point with ease. Give the credit to engineer/designer Ken Humphreys for finding the narrow sonic target. 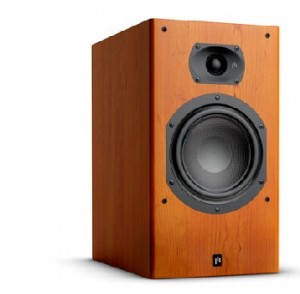 All that’s left to discuss is the midrange. This is the area where the character of a speaker is defined. Since the Intimus 6B’s are not really a forward speaker, describing its character in the midrange is a bit more difficult as the tonal signature is more subtle. At a garage sale in mid September I picked up a copy of George Winston’s Linus and Lucy: The Music of Vince Guaraldi. The recording quality is top notch and it was fun to hear Winston’s interpretation of Guaraldi’s work. The Intimus 6B’s, true to their European counterparts in the sub $1000 range don’t match the level of midrange sweetness that typical North American manufacturers offer in this entry level price point. The “bloom” as some call it is more of a taste than a main focus, and that shows with Winston’s piano work. I found it to be an easier listen over the long haul than say the Paradigm Monitor 7’s I reviewed in the spring that had a quite forward midrange presentation.

I’ve become a big fan of speakers that try not to do everything, and instead focus getting right the things that can be honestly covered within the manufacturing budget. The Aperion Audio Intimus 6B’s don’t try to be Magico monitors, instead they offer up a European-inspired sound with just a hint of North American aggressiveness. The 6B’s present a naturalness and character that is quite rare for just $700 a pair. If you have an amplifier that offers up at least 75wpc of solid power and have 30 days of listening time to kill, give the 6B’s a tryout. Just don’t be surprised when you decide not to send them back as the Aperion Audio Intimus 6B’s offer up smoothness and detail at a bargain price that is hard to match.