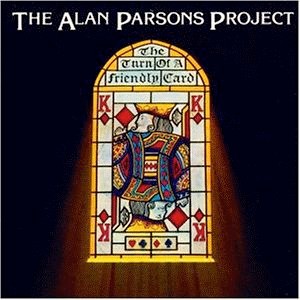 I spent the first six months of 2006 looking forward to summer vacation from teaching. Normally, this isn’t the case, as I feel blessed that I enjoy my career so much. But, with all that has happened with audio in my life since December, I was going to treasure the ten weeks of listening bliss on my main rig. By June, I knew that the ten weeks had been cut in half to five. First, I was changing schools, which meant cleaning out my classroom of some eight years of stuff. That wasn’t all bad as I do have a classroom system that while not anywhere near what my home has to offer, is pleasing in its own way.

I decided to use the listening time to dig thru my CD collection for titles I have ignored for some time. My first choice was The Turn of a Friendly Card by the Alan Parsons Project. This 1979 recording with it’s intricately-layered tracks, and renaissance instrumental hints is a wonderful example of themed albums of the time period. Of course, Alan Parsons engineering skills are at its pinnacle, as some 27 years later it sounds as pure as 99% of the recordings made today.

A second appreciation of all the CD’s I’m discussing including The Turn of a Friendly Card is poetic, story-filled lyrics. The rap community can brag all they want about Marshall Mathers (Emimen), but it doesn’t compare to the writing of Parsons and Eric Woolfson. I have an additional appreciation being a history teacher and having some knowledge of the historical period presented in this work. It’s the little details that make listening so enjoyable.

Next on my “re-discoveries” is Dan Fogelberg’s Windows and Walls disc. Coming after the highly regarded The Innocent Age, this CD is widely overlooked. Yet, this album continues the lyrical roll Fogelberg was on at the time. The sad truth of the words in the title track is an ode to his mother’s lonesomeness after the death of his father. Anyone seeing one parent function after the death of their spouse can relate to the lyrics, “Children all married / Husband’s passed on / Nothing but time on her hands. Most of her mornings / Are spent in her dreams / or making her sad little plans”. Very few artists have found that level of balance between detail and sadness. 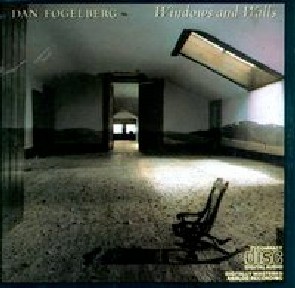 The best track, however, is the haunting “Tuscon, Arizona”. This ballad of murderous evil contains what may be Fogelberg’s greatest lyrics, “His heart is filled with sadness / And his soul is like some ugly vacant lot”. What makes these words all the more powerful is that Fogelberg rarely delves into anything negative. Over the years, he increasingly writes of nature and love in one form or another. One day I hope, singer/songwriters will come back in vogue and be given the opportunity to develop their craft.

Third on my list, is the summery jazz of Spyro Gyra’s Catching the Sun. This was the first jazz CD I ever purchased. I was originally introduced to the group by way of my brother-inlaws classic a/d/s L-810 speakers. I still remember the separation and imaging of the instruments. It was easy to appreciate the difference, especially after listening to Molly Hatchet. I admit to having an affinity for brass horns, having been a fan of Chicago in junior high. Catching the Sun is so aptly named, because it truly is summertime music, bright and upbeat. The energy from each member bubbles forth in each and every track. If you’re having a barbeque with a diverse group, put in this CD and watch the energy the music imparts on your guests. 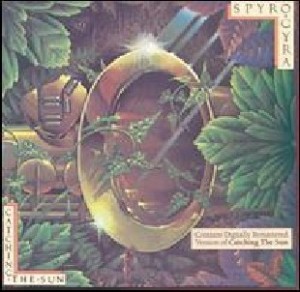 Finally, comes Brothers In Arms by Dire Straits. By 1985, Mark Knopfler had entrenched himself as one of the great guitarists in music. Each previous album had built upon its predecessors strengths and the rock community was eager to see what would come forward, especially after the almost funky sounds of Making Movies. What Brothers In Arms unleashed was a true tour de force. An album so consistently strong, both lyrically and musically that it became the hottest tour of 1985. I was lucky enough to see them in Tempe, Arizona, complete with John Illsley’s boundless jumping across the stage bass guitar thumping the entire time. 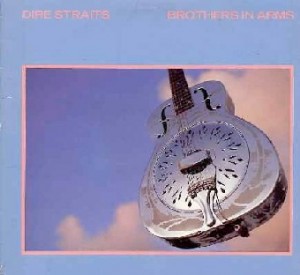 Recording-wise, the album was at the forefront of the then-new digital recording technology. Even the video “Money for Nothing”, with its digital animation was cutting edge. But what makes this disc special is the strength of each and every song. Every track holds up under my test of time, which means, is it still enjoyable to listen to after 21 years. The strongest track “Ride Across the River”, rings even more powerfully today with what is going on in the Middle East, “The cause is noble, the cause is just / We are ready to pay with our lives if we must”.

The next time you find yourself with a dew minutes to kill, go through your music collection and yank out those dormant selections. You’ll find yourself transported to that place where only the music matters.