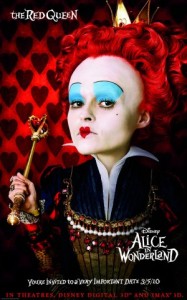 And the backlash against Disney’s putsch to get theaters to shorten up their release window continues, folks, as the largest theater chain in Great Britain, Odeon, has let slip plans to ban the 3D release of Alice in Wonderland should Disney persist in its demands.

Disney, for its part, is right to say that “negotiations” with Odeon are “still ongoing”, but the current word is that Odeon is taking a very hard line with the Mouse Empire to hold on to its current windows.

Interestingly, there are signs of division amongst the British theater chains, as second-largest Cineworld and third-largest Vue, who both together hold more than Odeon, show no signs of backing Odeon’s play.  And American theaters are also “still in negotiations” over the window alteration.

The theaters are feeling the squeeze, folks, and it’s not surprising that they’ll fight for every nickel.  Of course, this helps us as well as 3D just plain old isn’t compatible with a lot of our current hardware, and I don’t think anybody really wants to wear those ridiculous glasses every time we want to watch a movie.