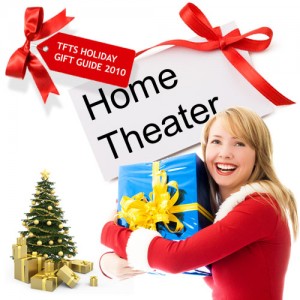 I think I have figured out how many will spend their holiday, in front of the television.

It will probably a television that won’t work. It will be one that they just received as a gift. More likely, it will be an HDTV that the owner bought for themselves, and hopes to get some Christmas money to pay for it later.

Whatever the case, tomorrow is probably the biggest home theater day of the year, simply because it will be the time that most of us spend the longest amount of time on our home theater set up. Most of us just have to install that new TV, video gaming system, or Blu-ray that day. When else will we have the time?

Why do you think that Best Buy is constantly hyping that they will be there for Christmas. We just got to have it working on that day.

Ah, Christmas thoughts for the season. Hopefully you appreciate this point of view. Whatever the case, I’m taking tomorrow off, so have yourself a merry little Christmas.

By the way, if you have a holiday home theater story, feel free to share it here.