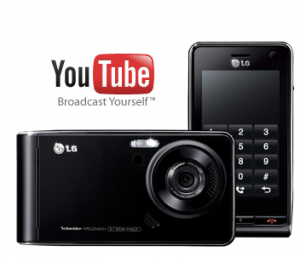 All right, folks, this next item here is a little weird but that’s the current word out of a Barclay’s analyst who believes that this year is going to turn it around for YouTube, which had been gaining viewers but losing cash for years on end and has yet to make back any of the billion plus that Google bought it for back in 2006.

So what’s the reason behind this sudden cheery outlook?  Dig the word:

He says an improving advertising environment is going to be key to YouTube’s profitability, pointing out that 90 percent of the Ad Age Top 50 already are pushing ads on the site. Anmuth forecast an increase of revenue at YouTube of 55 percent year-over-year to $700 million in 2010.

An improving advertising environment.  Well, I can believe that to some extent–companies had been paring ad dollars back to the bone and they’ve all probably realized by now that that’s a fast track to a death spiral.  If no one knows what you’ve got you can’t very well sell any of it.

Reminds me of a Dilbert strip, actually, where they decided to cancel all marketing efforts and the PHB declared that “this strategy depends heavily on people driving to our warehouse and begging for our product”.  So maybe they’re right.  Maybe ad dollars will start to go up.  Only one way to find out, though!