Earlier today, Analogue Productions announced that the first two of their Creedence Clearwater Revival SACDs, «Willie and the Poor Boys» and «Cosmo’s Factory» are now available for purchase.

Analogue Productions is a reissue label run by Chad Kassem, the owner of the popular Acoustic Sounds web site. Kassem has licensed and reissued a number of classic jazz albums from the Fantasy/Prestige catalog on SACD and was able to get Fantasy to license to him the rights to reissue some of the Creedence Clearwater Revival albums on SACD as well.

Both Albums Are Stereo SACDs
Despite having a grey Multichannel SACD on their covers and being listed as Multichannel/Stereo SACDs on the Acoustic Sounds web site, these two albums are in fact Hybrid Layer Stereo SACDs as first announced earlier this year. (The correct Stereo SACD markings are found on the back of the SACD jacket, inside the SACD booklet and on the SACD disc itself).

Both albums were mastered by remastering specialists Steve Hoffman and Kevin Gray who also worked on the reissue of 7 of the classic Creedence Clearwater Revival albums on vinyl LP earlier this year. These 2 SACDs were originally scheduled for release in August, but were bumped to this month during the large pressing run that Sonopress did of the Rolling Stones Remastered SACD series.

Here’s a bit more information on each of these new SACDs.

Willy and the Poor Boys

Released in November 1969, Willy and the Poor Boys is one of a series of classic albums by Creedence Clearwater Revival.

Some of the hits on this album include «Down on the Corner», «Fortunate Son» and «The Midnight Special». According to Acoustic Sounds, Willy And The Poorboys remained on the Billboard charts for 60 weeks, reaching the No. 3 position on the Top 200 Albums chart.

Cosmo’s Factory was the nickname that Creedence Clearwater drummer Doug «Cosmo» Clifford gave to the group’s rehearsal studio because of all the hits that originated there. The album was released in July 1970 and features 6 hit singles as well as the group’s version of «I Heard It Through the Grapevine.» It became the group’s best selling album, lasting some 69 weeks on the Billboard charts!

Availability
As noted above, both of these Creedence Clearwater Revival SACDs are now in stock and available for purchase from Acoustic Sounds. They should be available from other retail and web stores that carry SACD discs shortly. 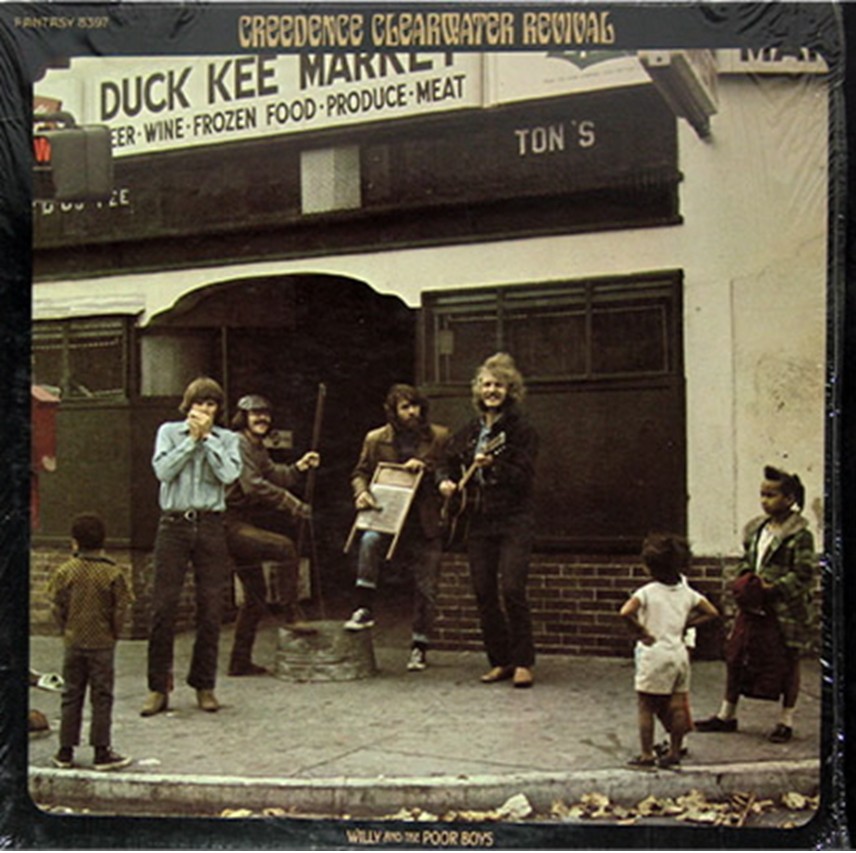